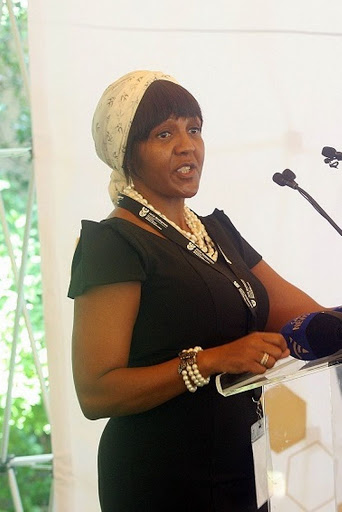 Chief Mandla Mandela has come out in support of his sister‚ Ndileka Mandela‚ who bravely revealed that she had been raped five years ago by a boyfriend.

Ndileka set social media abuzz when she took to Facebook on Tuesday to tell her story. She was raped in her own bedroom and decided to speak out to “remove the stigma” associated with such crimes. She offered to be the voice “for those who are unable to raise their voice”.

Ndileka is the eldest granddaughter of former President Nelson Mandela. On Wednesday Mandla‚ Mandela’s oldest grandson‚ issued a statement to encourage other South Africans to follow suit to “bring an end to the silence and deal with this problem gnawing at the heart of our nation”.

“I salute you Madlomo‚ for giving power back to that little girl in the village who has been hiding in shame and silence; I salute you Nkosazana for giving a voice to the grannies in the location to also break the shackle of gripping fear and humiliation; I salute you my sister for the courage you are giving to the many men who fall victim to rape in our jails; I salute you for saying #metoo – our voices will be silenced no more!” Mandla said.

Ndileka said she was following in the footsteps of her grandfather who disclosed that his son – Mandla’s father — was HIV positive.

“Granddad did this to unite the world to take urgent action to address this illness‚ which knows no boundaries of race‚ status or gender‚” she told TimesLIVE.

Her revelation came on the same day that police released the country’s crime statistics. According to the latest figures rape declined overall by 4.3%. Most of these crimes occurred in the perpetrator’s or the victim’s home or in a public area.

Said Mandla: “We know that rape occurs largely in the narrow confines of the home or familiar surroundings and is often perpetrated by people well known to the victim. We must break the silence and tell the cowards that we will not be passive bystanders and‚ as with our struggle against apartheid‚ we shall overcome.”