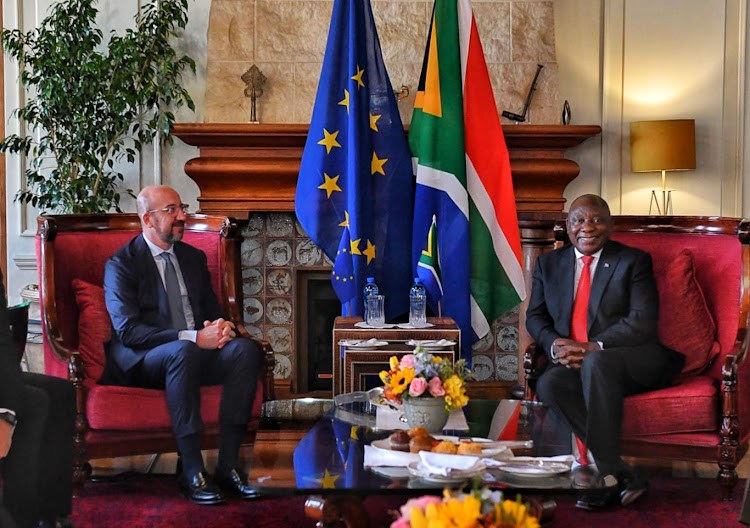 Africa is a step closer to producing fertiliser after President Cyril Ramaphosa and EU Council president Charles Michel agreed on a way forward.

Ramaphosa received a courtesy call from Michel on Tuesday morning.

The agreement comes after the president proposed to G7 countries at last month's summit in Germany that the continent be enabled to invest in developing fertiliser to deal with food insecurity.

“We want African countries to be self-reliant when it comes to fertiliser production and we are going to be working with the G7 countries to see how best we can reach that level,” Ramaphosa told world leaders there.

The African Development Bank is looking to source around 500,000 tonnes of fertiliser for west Africa by the end of August as an emergency stopgap to ...
News
2 months ago

“The bilateral meeting centred on cementing the South Africa-EU strategic partnership and discussing key trade and peace and security issues.”

The EU is SA’s largest trading partner as a bloc, he said.

Ramaphosa also welcomed the “reflection of strengthening and growing existing bilateral trade ties and the commitment to resolve current and urgent trade matters, particularly on the export of citrus products from South Africa to the EU.

“President Ramaphosa supported the process of further discussions to be held at ministerial level to work out a solution that will allow for sustained trade in the citrus subsector,” Magwenya said.

On peace and security matter, he said the president was encouraged by the EU’s support of the Southern African Development Community’s (Sadc) efforts to stabilise security in Mozambique.