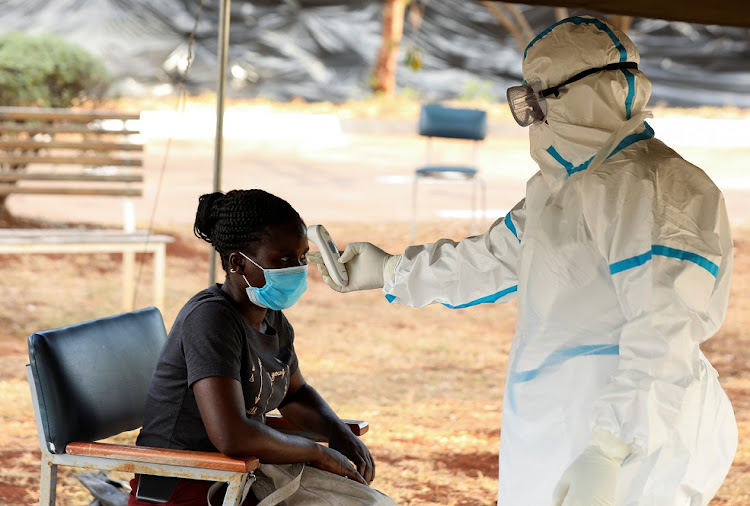 Zimbabwe is in the middle of second wave of the pandemic, with a rise in the number of Covid-19 cases and deaths. File photo.
Image: REUTERS/Philimon Bulawayo

Staff at laboratory testing centres in Zimbabwe have been implicated in issuing fake Covid-19 test results.

Working at both public health institutions and private laboratories, they are accused of issuing falsified test results in return for bribes.

John Makamure, spokesperson of the Zimbabwe Anti-Corruption Commission (ZACC), said the problem appears to be rife.

“The commission is highly concerned that this scam seems to be widespread and is derailing government efforts to contain the pandemic.

“The commission would like to strongly warn the perpetrators of this corrupt practice that the long arm of the law will descend heavily on them.

“Related to this scam are reports of widespread theft of personal protective equipment from government health institutions and selling of the stuff on the black market,” said Makamure.

Zimbabwe is in the middle of second wave of the pandemic, with a rise in the number of Covid-19 cases and deaths. Private laboratories charge US$60 for a PCR Covid-19 test and US$15 for a rapid test, amounts which are beyond many in the country.

Lancet Clinical Laboratories Zimbabwe, one of the leading private laboratories in the country, said in a statement it was taking the allegation of attempted fraud seriously.

“[We are] aware of queries that been raised on social media regarding the case of a traveller who took three Covid-19 tests in 72 hours and received two negative results, with a positive test result coming from a Lancet PCR test and an allegation of a Lancet staff member offering to change tests results,” the company said.

“We take any allegations of attempted fraud seriously and have launched an internal investigation into the allegations that a member staff offered to change test results and will issue a public statement once investigations are over.”

Russia and China have approached Zimbabwe about supplying vaccines to tackle its escalating Covid-19 outbreak amid concern about Harare's ability to ...
News
8 months ago

Zimbabwe's Covid-19 deaths have passed 1,000 as the country scrambles to contain a spike in infections of the virus that has said the lives of three ...
News
8 months ago
Next Article