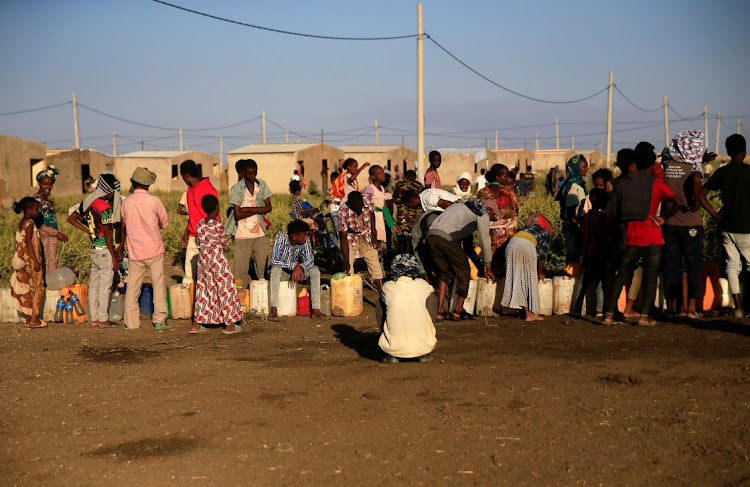 The Ethiopian military will begin the "final phase" of an offensive in the rebellious northern Tigray region, Prime Minister Abiy Ahmed said on Thursday, hours after an ultimatum for Tigray forces to surrender expired.

The government gave the Tigray People's Liberation Front (TPLF) 72 hours on Sunday to lay down their arms or face an assault on Mekelle, the regional capital city of 500,000 people.

Reuters was not immediately able to reach the TPLF forces for comment. Claims by all sides have been impossible to verify because phone and internet connections to the region are down and access to the area is tightly controlled.

"The 72-hour period granted to the criminal TPLF clique to surrender peacefully is now over and our law enforcement campaign has reached its final stage," Abiy tweeted, adding that civilians would be spared and that thousands of fighters had already surrendered.

"The last peaceful gate which remained open for the TPLF clique to walk through has now been firmly closed," Abiy said.

Fighting between Ethiopia's military and regional forces from the northern Tigray region is seriously destabilising the East African and Horn region ...
News
1 year ago

Abiy called on the people of Mekelle to "disarm, stay at home and stay away from military targets".

"Our National Defence Forces have carefully devised a strategy to bring the TPLF criminal clique to justice without harming innocent civilians, heritage sites, places of worship, development institutions and property," he added.

African envoys went to Ethiopia to plead for peace on Wednesday, hours before the ultimatum was to expire. Rights groups fear any assault could bring huge civilian casualties.

Thousands of people are already believed to have died and there has been widespread destruction from aerial bombardment and ground fighting since the war began on Nov. 4. Around 42,000 refugees have fled over the border to Sudan. TPLF rockets have hit neighbouring Eritrea.

On Tuesday, Human Rights Watch said both sides must avoid putting civilians in danger. The government's warning did not absolve it "of its duty to take constant care to protect civilians when carrying out military operations in urban areas".

"We are also concerned by reports that the TPLF has deployed its forces in heavily populated areas. They need to ensure the safety of civilians under their control," it said.

A Tigrayan youth group stabbed, strangled, and bludgeoned to death at least 600 civilians with the collusion of local security forces during a ...
News
1 year ago
Next Article