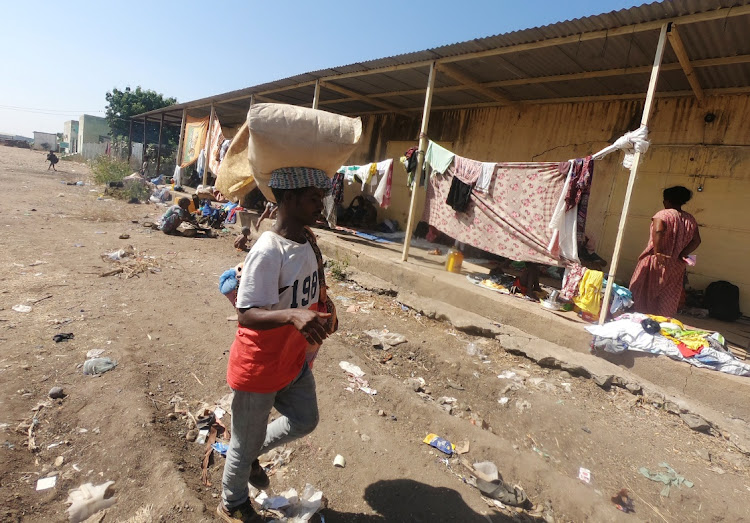 An Ethiopian man who fled the ongoing fighting in Tigray region carries his belongings as he walks in Hamdait village on the Sudan-Ethiopia border in eastern Kassala state, Sudan November 14, 2020.
Image: REUTERS/El Tayeb Siddig

Ethiopian forces have liberated a town in the northern Tigray region, the government's emergency taskforce said late on Sunday, accusing local leaders of taking 10,000 prisoners from the town as they fled.

Tigray forces fired rockets into neighbouring Eritrea on Saturday, escalating a 13-day conflict which has killed hundreds on both sides, and threatens to destabilise other parts of Ethiopia and the Horn of Africa.

"As the TPLF (Tigray's ruling party) militia were defeated in Alamata, they fled taking along around 10,000 prisoners," the government's taskforce said on Twitter.

With access restricted and most communications down in Tigray, Reuters could not independently verify assertions made by all sides.

There was no immediate comment from Tigray's leaders on the events in Alamata, a town near the border with Amhara regional state, about 120 km (75 miles) from Tigray's capital Mekelle.

The U.S. State Department's top diplomat for Africa, Tibor Nagy, denounced the attacks by Tigrayan forces on Eritrea, calling them "efforts to internationalize the conflict" in Tigray.

Debretsion Gebremichael, Tigray's regional president, has accused Eritrea of sending tanks and thousands of troops into his region in support of the Ethiopian government's offensive.

Eritrea's Foreign Minister Osman Saleh Mohammed told Reuters last week that his country was not involved in the conflict.

Abiy launched the campaign in Tigray on Nov. 4 after accusing local forces of attacking federal troops based in the northern state, which borders Eritrea and Sudan and is home to some 5 million people.

Fighting spread into Ethiopia's Amhara state, whose local forces are fighting with federal troops in Tigray. Late on Friday, rockets were fired at two airports in Amhara in what the TPLF said was retaliation for government air strikes.

At least 20,000 Ethiopians have fled into Sudan, the United Nations said on Sunday.