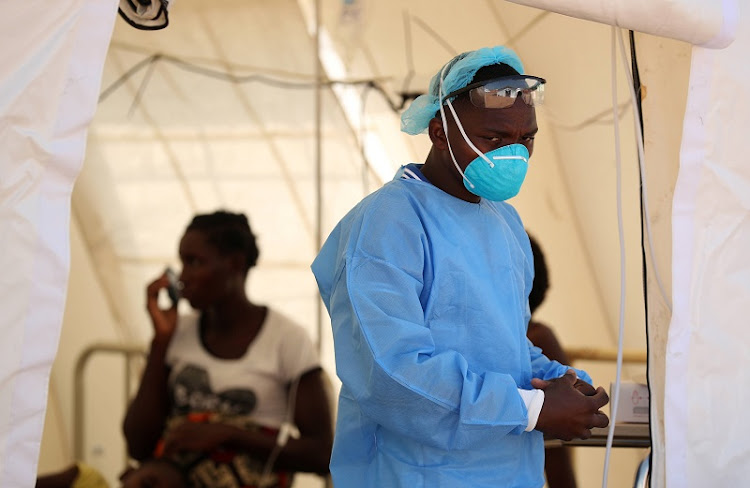 The UN Food and Agricultural Organisation launched an appeal for $19m (R275m) in short-term aid for farmers‚ fishers and other food producers in Mozambique.

The death toll from Cyclone Idai‚ which smashed into Beira on March 14 and spread to Zimbabwe and Malawi‚ has now risen to 738.

The only southern hemisphere storm with a higher death toll was one that struck Indonesia in 1973.

But with many of the missing feared dead‚ and with malnutrition and disease expected to claim hundreds more lives over the next six months‚ Idai’s toll is expected to surpass the Indonesian storm.

Many badly affected areas in Mozambique and Zimbabwe are still inaccessible by road‚ complicating relief efforts and exacerbating the threat of infection.

Mozambique said on Wednesday five cases of cholera had been confirmed around the badly damaged port city of Beira after a powerful cyclone killed ...
News
3 years ago

Although there have been no confirmed cholera deaths in medical centres in Mozambique‚ at least two people have died outside hospitals with symptoms including dehydration and diarrhoea‚ said environment minister Celso Correia.

"We expected this‚ we were prepared for this‚ we’ve doctors in place‚" Correia said.

The International Committee of the Red Cross said stranded communities were relying on heavily polluted water. "This‚ combined with widespread flooding and poor sanitation‚ creates fertile grounds for disease outbreaks‚ including cholera‚" it said in a statement.

The US defence department said it had authorised an additional $8.5m (R123m) in humanitarian assistance for Mozambique‚ bringing the total to $15m (R217m).

In Mozambique, parents yearn for children torn away by cyclone
News
3 years ago

About 50 US military personnel have been sent to Mozambique to assist with logistics‚ including transporting food and medical supplies.

The UN FAO said Mozambique‚ Malawi and Zimbabwe remained "under severe threat". As floods receded‚ "keeping animals alive‚ rehabilitating damaged land and rebooting food production will be critical"‚ it added‚ given that 80% of the population in Mozambique depends on agriculture.

On Thursday‚ UN secretary-general Antonio Guterres said the destruction wrought by Idai was a stark reminder of how climate change was hurting the planet.

Guterres told governments to come to a September climate summit in New York with concrete plans to boost climate action‚ as he released a flagship report on global warming by the World Meteorological Organisation.

Scientists say a megastorm like Idai is likely to happen again. According to 120 years of data compiled by the Centre for Research on the Epidemiology of Disasters‚ six of the 10 worst cyclones to strike the southern hemisphere have occurred in the last 25 years.