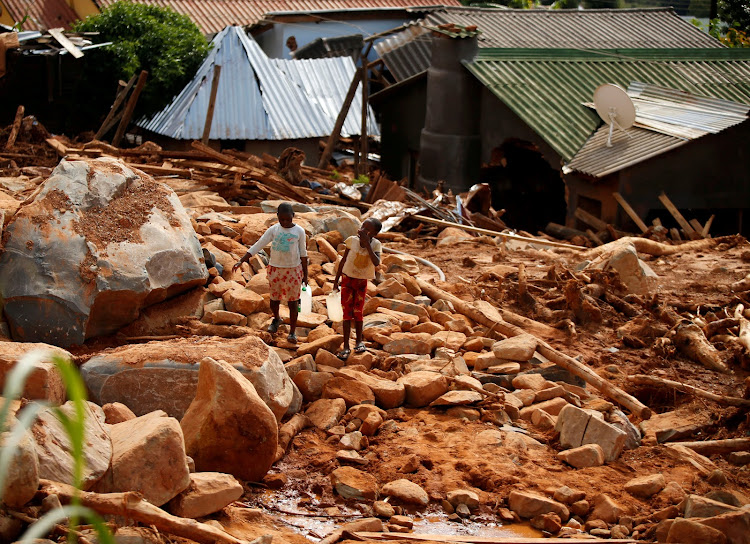 The death toll in Mozambique after a cyclone tore through southern Africa and triggered devastating floods has jumped to 417, Land and Environment Minister Celso Correia said on Saturday, adding that the situation remained critical.

Cyclone Idai lashed the Mozambican port city of Beira with winds of up to 170 km per hour (105 miles per hour) last week, then moved inland to Zimbabwe and Malawi, flattening buildings and putting the lives of millions at risk.

"But unfortunately the number of dead is increasing, we have now 417 people who have lost their lives."

The storm's rains caused the Buzi and Pungwe rivers to burst their banks.

At least 293 people dead in Mozambique after cyclone - UN

United Nations Office for the Coordination of Humanitarian Affairs (OCHA) said on Saturday that the Buzi and Zambezi rivers were at risk of breaking their banks again.

"We're going to have to wait until the flood waters recede until we know the full expanse of the toll on the people of Mozambique," OCHA coordinator Sebastian Rhodes Stampa said.

The storm has also killed 259 in Zimbabwe, and the number was expected to rise, relief agencies said. In Malawi, 56 people died in heavy rains before the onset of Idai.

The International Federation of the Red Cross and Red Crescent Societies (IFRC) said on Friday that cases of cholera have been reported in Beira, a port city of 500,000 people.

Both Correia and Rhodes Stampa said that cholera and other water-borne diseases were not yet a problem, though floodwaters were dirty and the risk of disease spreading was high.

Cholera is spread by faeces in sewage contaminating water or food, and outbreaks can develop quickly in a humanitarian crisis where sanitation systems are disrupted. It can kill within hours if left untreated.

Black First Land First (BLF) has blamed Tropical Cyclone Idai on whites and wants the African Union to demand reparations and relief from the West ...
News
3 years ago
Next Article