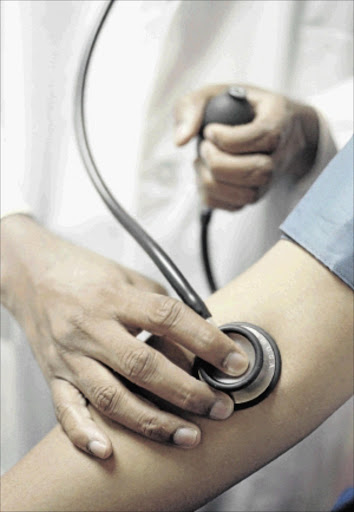 Doctors in Zimbabwe are on strike
Image: GALLO IMAGES

Doctors in Zimbabwe went on strike on Monday in protest over poor working conditions and have also demanded that the government pay their salaries in foreign currency.

The strike is the second in as many months by junior doctors, with the latest strike coming against the backdrop of a recent cholera outbreak. The latest case of cholera was recorded last week in Mount Darwin, with at least three deaths confirmed by health officials.

In September, the largest cholera outbreak since the 2008 crisis affected about 3,000 people when it broke out in the Harare township of Glenview and laid bare the frailty of the country’s health system.

In a memo that he sent to staff at the second-largest hospital in the city, he said another continuing industrial action began on Sunday at all central hospitals in the country.

The strike has so far crippled operations at Mpilo central hospital in Bulawayo and also the Parirenyatwa group of hospitals in Harare.

“Management recommends the closure of the out-patient department until further notice, discharge of all stable patients who are considered as safe on treatment as outpatients, casualty officers to admit patients to respective disciplines in liaison with teams on call and to continue with emergency operations only,” read a part of the memo from Dzvanga.

The latest industrial action puts renewed pressure on the administration of President Emmerson Mnangagwa, amid growing calls for a solution to halt the bleeding of the economy. Prices of goods and services have been on the increase and inflation peaked over 20% according to the statistical agency, Zimstat.

Teachers, who make up the bulk of the government’s workforce, are also urging for their salaries to be paid in foreign currency. Ever since a new tax, which charges 2c/dollar was announced in October, there has been panic in the market with prices of goods and services shooting up and resultant erosion of people’s earnings.

Finance minister Mthuli Ncube recently said the tax had been a success and the government had made its first surplus of the year and earned $29m as a result.

Meanwhile, fuel shortages in the country entered their second week with most filling stations still dry. The few service stations with petrol or diesel were prioritising account holders ahead of the public.

Energy and power development minister Joram Gumbo was quoted by the state media on Monday as saying there were enough fuel stocks and no need for motorists to panic.

“There is an unprecedented demand of fuel in the country. What baffles me is fuel companies are getting the normal supplies, but there are unending queues. The queues are, however, evidence that there is indeed fuel in the country,” said Gumbo.

“We require 4.1m litres of diesel per day and 3.8m litres of petrol a day and that is what the fuel companies are getting. We had asked the Reserve Bank of Zimbabwe to raise the foreign-currency allocation to $32m per week to meet the rising demand, up from the $20m it was previously allocating, but access to forex has been a challenge.”