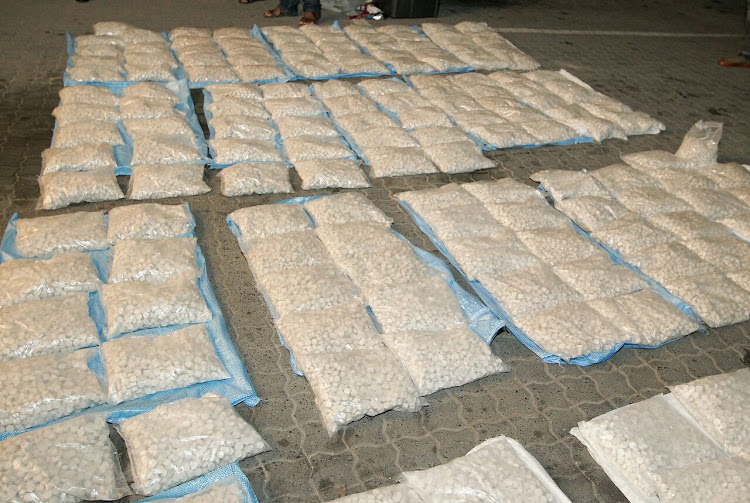 The Hawks have arrested a drug dealer who is also wanted by the USA's law enforcement.
Image: SUPPLIED

A man under surveillance by the American authorities for suspected drug trafficking met his match in South Africa last month when he was arrested‚ with two other suspects‚ in possession of R5.8-million worth of heroin at a Fourways hotel.

The Hawks have been monitoring movements of Nigerian-born Edwin Anyaoku‚53‚ since October last year. This after they received a tip-off from authorities in the USA on the alleged drug operation that Anyaoku ran between South Africa and America.

An international warrant of arrest was issued against him in the USA.

Anyaoku‚ together with a 41 year-old mother of two minor children and Christopher Okwonkwo‚ 53‚ were charged with dealing in heroin. Bail was denied last week when they appeared in the Randburg Magistrates’ Court before regional magistrate Lalitha Chetty.

The three were arrested at a hotel in Fourways‚ north of Johannesburg‚ during a joint sting operation by the Hawks and crime intelligence on June 19.

According to evidence presented by an investigating officer‚ an undercover agent purchased 1kg of heroin from Anyaoku to set the bait in December.

In June this year a further transaction was arranged – ultimately leading to the trio’s arrest.

An agent from the task team met them at a hotel‚ where the transaction took place. This time the agent purchased 27kg of the illicit drug.

The woman‚ who has two kids aged 4 and 9 years‚ allegedly took a bag and suitcase from Anyaoku’s vehicle‚ and booked a room‚ where the transaction was concluded.

During their arrest‚ Anyaoku and Okwonkwo exercised their right to remain silent‚ while the woman‚ made some admissions in her warning statement.

The magistrate said the defence failed to dispute evidence presented by the state and said it was not in the interest of society to grant bail.

Opposing their bail application‚ state prosecutor Yusuf Baba told the court Anyaoku and Okwonkwo were flight risks as they both had interests outside the country.

Although they currently hold SA citizenship after marrying SA women‚ Baba said the prospect of long-term imprisonment‚ given the serious charge that they face‚ could tempt the accused persons to evade trial and justice.

The limited and lack of proper control at the borders of SA was one of the reasons Chetty cited as reason to deny the three bail.

“The state provided evidence‚ including that of the international warrant of arrest issued against Anyaoku on a charge of conspiracy to traffic heroin to USA‚” Chetty said‚ highlighting that for this type of offence‚ if convicted in the USA‚ a person may be sentenced to 10 years imprisonment.

Criminal law attorney Garry Hertzberg said heroin was regarded in SA law as a dangerous and undesirable dependence-producing substance and dealing in it is a serious offence under the Drugs and Drug Trafficking Act.

If convicted‚ in terms of the Criminal Law Amendment Act‚ a minimum sentence of 15 years imprisonment for a first offender is applicable to a person dealing in heroin if the value is more than R50‚000.

“Heroin and its derivatives like nyaope are ravaging South Africa and I hope that the dealers and suppliers of this scourge are treated in the harshest manner by our courts.”

Senior advisor at the Global Initiative Against Transnational Organised Crime‚ Peter Gastrow‚ said SA needed to stop being in denial about the massive increase of heroin reaching its shores‚ adding a lot of work still needed to be done.

He said the volume of the influx and use of heroin was growing at a rapid rate.

“It’s time that authorities stop focusing on drugs on street corners and go for the big dealers and stop drug dealing from there.”