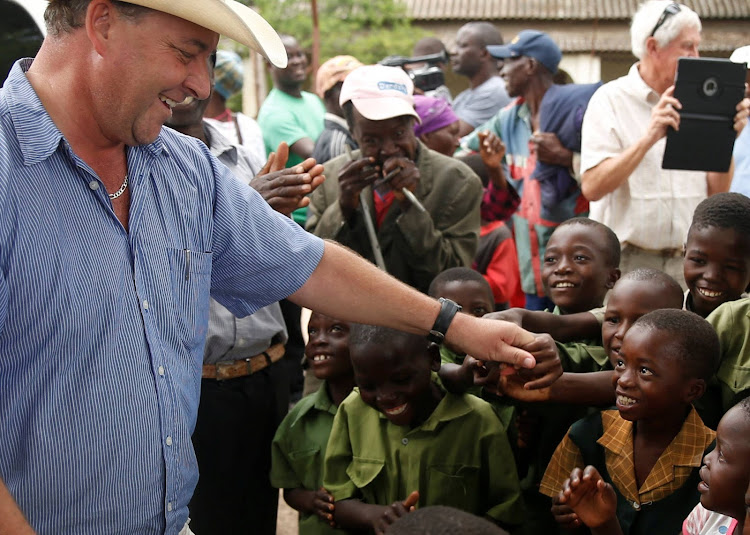 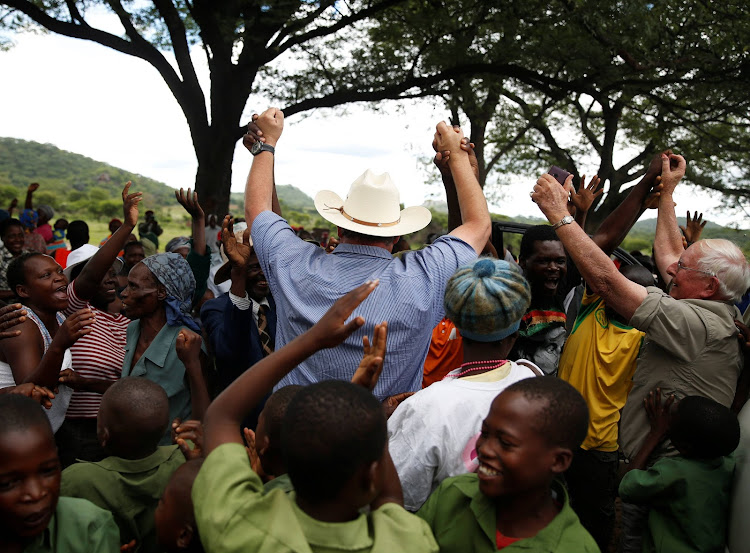 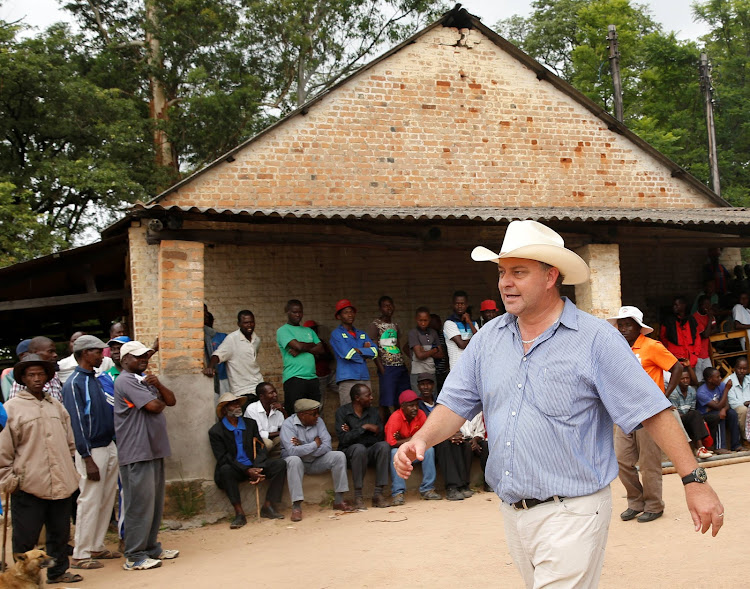 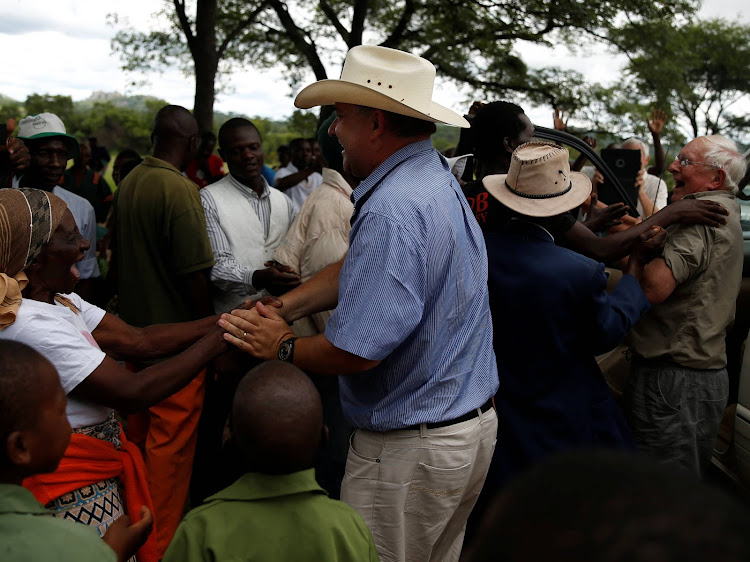 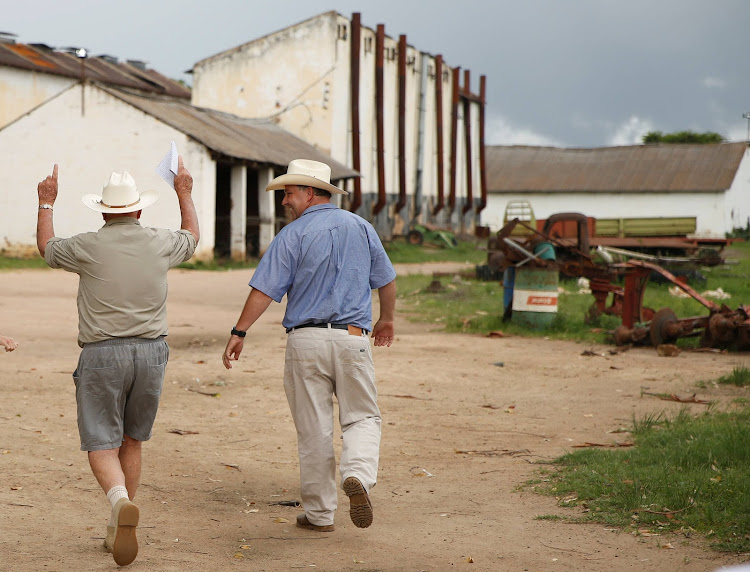 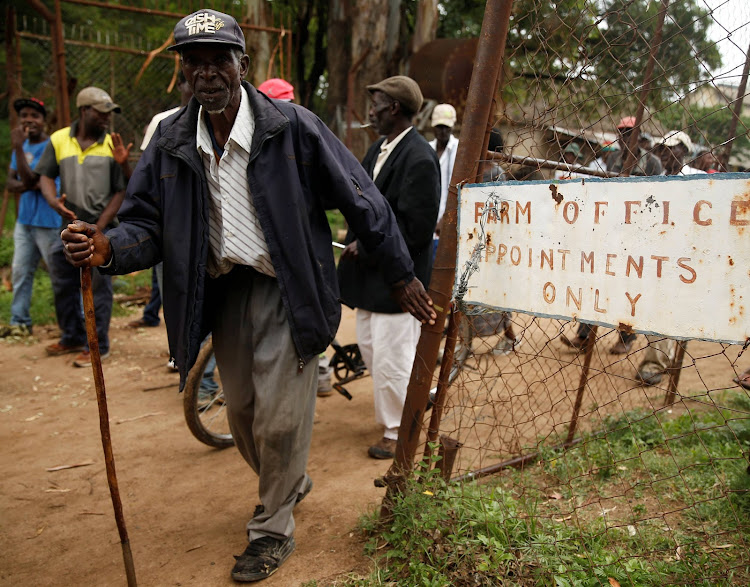 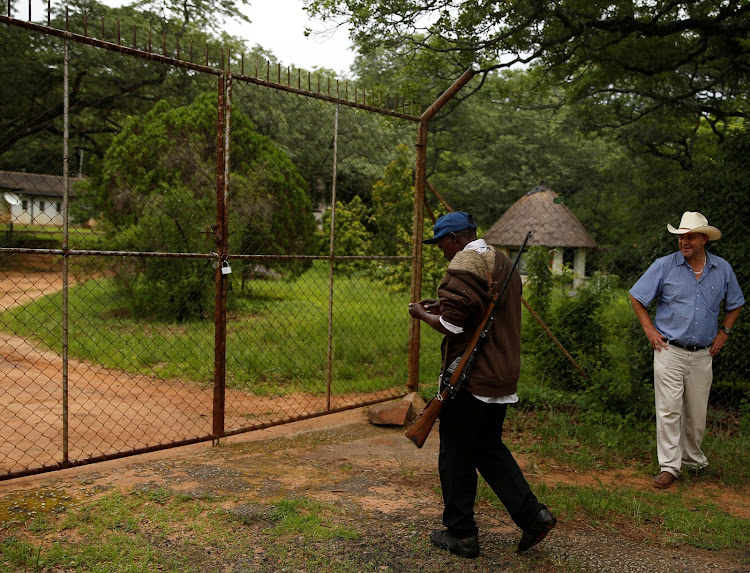 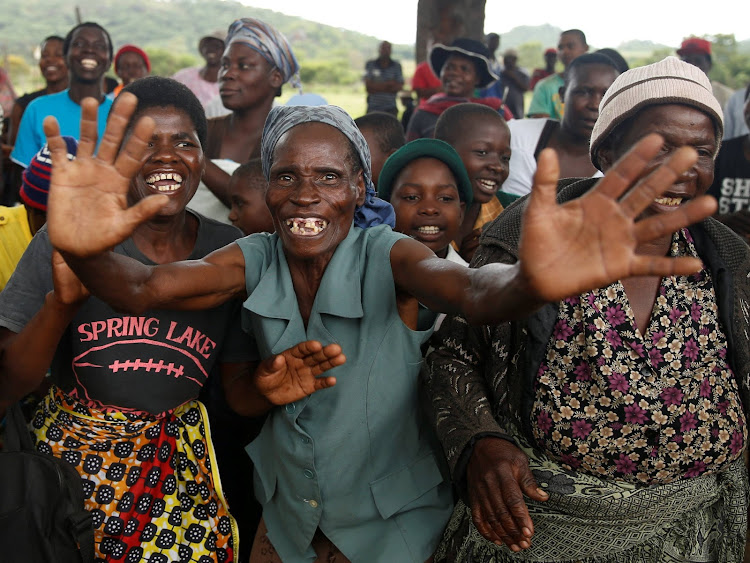 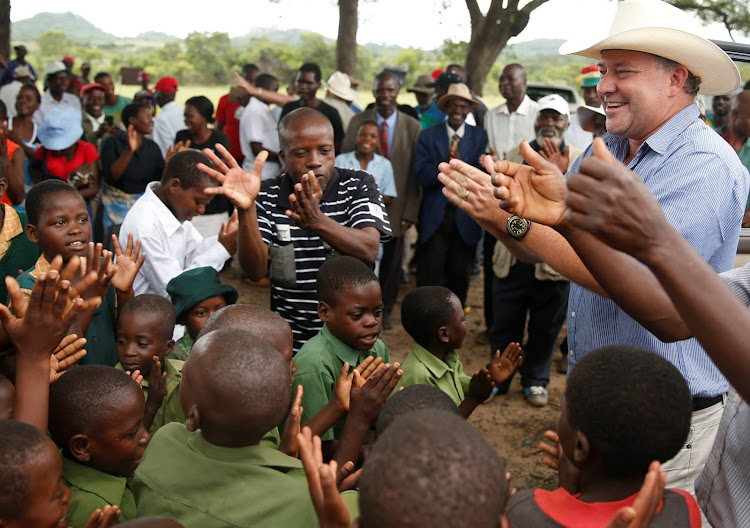 The last time white Zimbabwean farmer Rob Smart left his land, it was at gunpoint, forced out in June by riot police armed with teargas and AK-47 assault rifles.

He returned on Thursday to ululations and tears of joy from former workers and their families who were also kicked out - a jubilant return and the first sign that the president who has replaced Robert Mugabe is making good on a vow to stop illegal land seizures and restore property rights.

Scores of jubilant black Zimbabweans nearly knocked the 71-year-old off his feet as he and his two children stepped out of their car and onto their land for the first time in six months.

Smart's case was taken up by Emmerson Mnangagwa, Zimbabwe's then vice-president who heard of Smart's violent eviction while at an investment conference in Johannesburg.

Mnangagwa became president last month following a de facto coup that ended 93-year-old Mugabe's rule. In the latter half of his 37 years in power, Zimbabwe's economy collapsed, especially after the seizure of thousands of white-owned commercial farms under the banner of post-colonial land reform.

Zimbabwe’s new leader on Thursday appealed to millions of nationals who fled economic decline and political turmoil to return home and help rebuild ...
News
2 years ago

Land ownership is one of Zimbabwe's most sensitive political topics. Colonialists seized some of the best agricultural land and much of it remained in the hands of white farmers after independence in 1980 leaving many blacks effectively landless.

Twenty years later, Mugabe authorized the violent invasion of many white-owned farms and justified it on the grounds that it was redressing imbalances from the colonial era.

White farmers complained that well-connected people used state security forces to force them off their farms, sometimes in the middle of harvesting, even after the Mugabe government indicated, some four years ago, that land seizures were over.

"We are overjoyed, over the moon. We thought we would never see this day coming," Smart's son, Darryn, told Reuters.

"Getting back to the farm has given not just us, but the whole community hope that it's a new Zimbabwe, a new country."

Rob Smart, whose father said he started the farm from "virgin bush" in 1932, expressed confidence in the new government's pledge to protect the commercial farming sector, a mainstay of the struggling economy.

"It's early days but so far what they (the new government) said they are going to do they are doing," he told Reuters.

"We just hope this whole incident will give hope to other farmers, who've had the same situation."

Mnangagwa, who is under pressure to revive the economy ahead of elections next year, said on Thursday that he was resolute about the changes he was introducing.

"There is no business as usual. Things have changed, it's a new era," he said at a meeting with business leaders in South Africa.

Zimbabwe can be great again

Ordinary people have more power than they estimate. Other African countries should learn lessons from Zimbabwe and what transpired in that country.
Opinion
2 years ago

Mnangagwa's new agriculture minister, Perrance Shiri, last week ordered illegal occupiers of farms to vacate the land immediately, a move that could ultimately see some white farmers who say they were unfairly evicted return to farming.

Shiri, a military hardliner who was head of the air force before being picked for the crucial ministry this month, called for "unquestionable sanity on the farms".

For 83-year-old Anna Matemani, whose late husband worked on the farm, Smart's return was long overdue.

"I'm so happy he is finally back. He always helped us and the farm provides jobs for many of our young people," said the grandmother of 15, who grew up and raised her children on the farm and witnessed Rob's birth, wiping away tears.

Some of the Smarts' joy subsided as they walked into their ransacked farmhouses.

The occupiers had looted property, including clothes, the children's toys, three guns, bottles of 100-year-old wine and Smart's late father Roy's medals from when he served with the Police Reserve Air Wing in the former Rhodesia.

"You can buy tables and chairs, you can't buy that family history. But thank goodness we're here."

*The last time a white Zimbabwean farmer Rob Smart left his land it was at gunpoint, forced out in June by riot police armed with tear gas and AK-47 assault rifles.* Smart returned on Thursday to ululations and tears of joy from former workers and their families who were also kicked out, a jubilant return and the first sign that the president who has replaced Robert Mugabe is making good on a vow to stop illegal land seizures and restore property rights. Scores of jubilant black Zimbabweans ne… READ MORE : http://www.africanews.com/2017/12/22/celebration-in-zimbabwe-as-a-white-farmer-returns-to-seized-land Africanews on YouTube brings you a daily dose of news, produced and realised in Africa, by and for Africans. Africanews is the first pan-African multilingual media outlet, unique in its concept and vision. Subscribe on our Youtube channel https://www.youtube.com/c/africanews and receive all the latest news from the continent. Africanews is available in English and French. Website : www.africanews.com Facebook : https://www.facebook.com/africanews.channel/ Twitter : https://twitter.com/africanews

Zimbabwe’s military coup has no chance repeating itself here

As soon as news of the politico-military drama in Zimbabwe reached South Africa, people began to ask if our army could do to Jacob Zuma what ...
Opinion
2 years ago

In a tentative sign that he might do things differently, ZANU-PF cut the budget for a special congress to be held next month and also slashed the ...
News
2 years ago

Althea Jacqueline Roberts from Zimbabwe first applied for asylum in South Africa in 2009.
News
2 years ago

A Zimbabwean activist believes Emmerson Mnangagwa cannot steer the country in the direction of rebuilding the nation.
News
2 years ago

Mnangagwa to be sworn in as Zimbabwe president

Zimbabwe's former vice president Emmerson Mnangagwa will be sworn in as president on Friday.
News
2 years ago
Next Article