Zimbabwe’s military coup has no chance repeating itself here 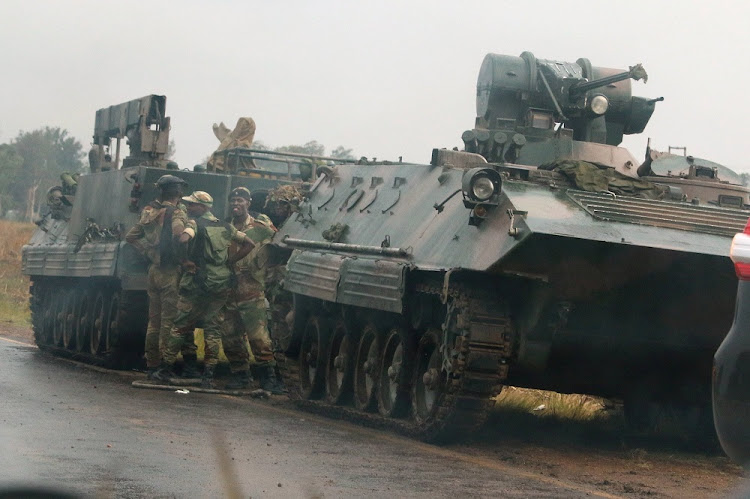 SA army has different outlook due to unique political deal that moulded it.

As soon as news of the politico-military drama in Zimbabwe reached South Africa, people began to ask if our army could do to Jacob Zuma what Zimbabwe’s forces had done to Robert Mugabe.

Given how Zuma has been ravaging our country, many South Africans wished our military could simply collect him and all his captured ministers and throw them into a windowless dungeon.

Our army will not do it because Zimbabwe and South Africa have divergent histories. The hand of history has a way of touching the affairs of contemporary societies.

The Zimbabwe Defence Forces (ZDF) are at the same time a product of military capitulation by the Ian Smith regime and the victory of the liberation forces.

Mugabe once said: “We shall not allow the opposition to take power from us by the pen, the power we got by the gun.” He so spoke knowing that the ZDF is essentially a military wing of Zanu-PF, not an apolitical national defence force.

When Morgan Tsvangirai defeated Mugabe in an election, the ZDF made it plain that they would not salute a president who had not fought in the liberation struggle – in other words, a president who does not come from Zanu-PF.

Because Zanu-PF took over political power from a defeated colonial regime, the party rebranded its military wing and made it look like a professional national army.

This is why, after arresting Mugabe, the army deferred to the party to consummate the coup. In a classical military coup, carried out by soldiers who are not members of a political party, the commander simply declares himself to be the new president of the country the moment he enters the headquarters of the national broadcaster.

Since the command element of the ZDF is linked to the upper echelons of Zanu-PF, the party was invited to sort out the political mess once the military had completed its dirty work.

It is not possible for the South African National Defence Force to arrest Zuma and invite the ANC to put gloss over the rough surface of a coup. All levels of our army have the presence of former apartheid soldiers and those who came from the military wings of liberation movements.

If the white soldiers who are in the upper echelons of our security forces were to hatch a plot to arrest Zuma, their black colleagues would turn guns against them. The same would happen should a black anti-Zuma faction make such a stupid attempt.

This year we witnessed General Siphiwe Nyanda at the press conferences of ANC veterans who have been calling for Zuma to fall. Such is the powerlessness of the command element of our army. In a country like Zimbabwe, where the entire command stratum of the armed forces is connected to the ruling party, a figure like Nyanda, who once headed the army, would not powerlessly make a noise at press conferences; he would simply plot with his ex-colleagues to arrest Zuma and invite Cyril Ramaphosa to take over power.

Nyanda did not try it since he knew that the other soldiers would have blown up his head before he could leave the army headquarters.

It is a unique blessing of our mixed history that a former commander of the army like Siphiwe Nyanda is as powerless as an NGO activist in influencing our men and women in uniform.

It would be nice to see Zuma and his captured ministers being kicked and ruffled by soldiers, but such a calamity could in future befall even uncaptured political leaders.

Instead of looking to the army for help, South Africans must use their vote to give power to a political party they believe can use the criminal justice system justly to get Zuma behind bars. This is the proper way of punishing a kleptocrat.

The trouble with Zimbabwe is that all future presidents will know that real power is in the military barracks, not state house. In a word, voting in Zimbabwe is a waste of time. That is why Mugabe said he would not allow the opposition to take power by the pen.

In their first essay, first-year politics students at university are usually asked to answer the following question: “Between the man with a gun and the man with a pen, who must rule?”

He who says our army must arrest Zuma has failed the democratic test.