'She is OK now, she feels no pain' — Yvonne Chaka Chaka pays tribute to Deborah Fraser 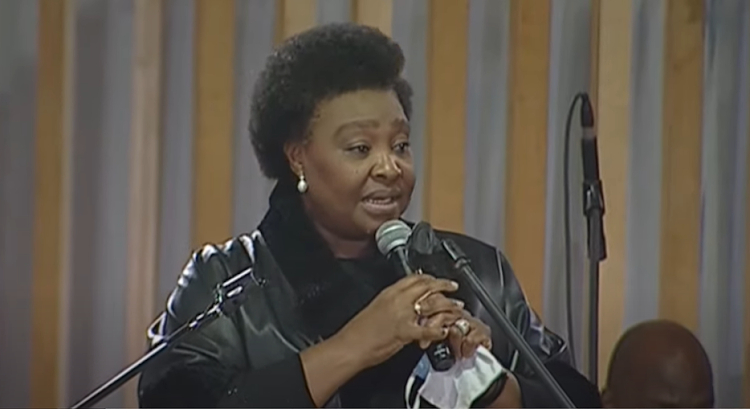 SA music legend Yvonne Chaka Chaka has paid tribute to Deborah Fraser,  reflecting on her last conversations with the star.

Taking the podium at the Station Venue in Durban on Saturday morning, Yvonne recounted a chat she had with Deborah three weeks ago.

“She said gogo I will be OK. She is OK now, she feels no pain, no one is hurting her and no one is giving her a headache.”

Yvonne said Deborah thanked those close to her. When Yvonne asked “why she spoke like she was dying”, Deborah laughed and said she would be OK.

Yvonne said Deborah's music would live on, even though the government does not always appreciate artists.

“To the music industry, Deborah has done a lot. It is just a pity that sometimes our government does not appreciate or support a lot of creatives. It is our job to band together.”

She thanked Deborah's family for “giving us a superstar”, and promised not to abandon them.

“We will be there for you,” she added.

Late gospel star Deborah Fraser has been described as "Mother Teresa" who opened her arms and home to all.
News
1 month ago

She paid tribute to Deborah's talent and again called for artists to unite.

Deborah fell ill on the way to a gig earlier this year and was hospitalised.

“I was unconscious, even the artists that came there said I should be transported to hospital,” a wheelchair-bound Deborah told TshisaLIVE a few weeks ago.

She was set to undergo rehabilitation before her death.

“I still cannot walk. I think it's because I was in bed for a long time, but I don't know for sure. It's stressful to live a life you're not used to. I'm asking for love, I'm asking for prayers.”

The star still performed after her hospitalisation, with images and video of her performing in a wheelchair going viral.

Deborah garnered many accolades and sold over a million copies of her albums in a career spanning more than three-and-a-half decades.

She was born in KwaMashu, KwaZulu-Natal, and in 1986 moved to Johannesburg to pursue her music career.