IFP vows to stamp out disunity and corruption in leadership 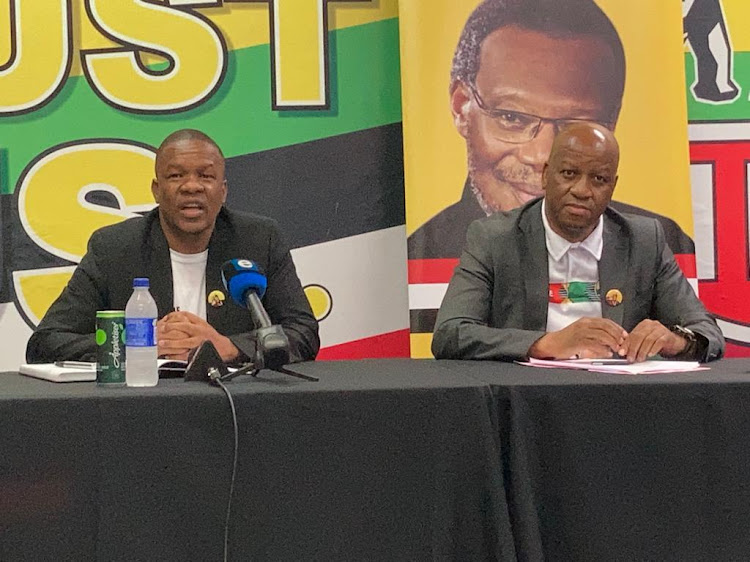 The IFP has issued a stern warning against to those who sow divisions in the party and question the legacy of founder Prince Mangosuthu Buthelezi.

IFP KwaZulu-Natal chairperson Thami Ntuli on Monday shared the outcomes of the party's two-day strategic planning workshop to prepare for the 2024 elections.

Party spokesperson Mkhuleko Hlengwa said the issue of groupings within the party stems from clashing opinions during conferences.

However he said those disagreements should not be allowed to cause divisions.

With the party now governing 28 municipalities heading into the 2024 national elections, Hlengwa warned members against the temptations that come with power saying that is the root cause of division and corruption.

“This is a preventive action of the IFP ahead of the elections but also to say that nobody should be under the hallucinations of the trappings of power and forget the mandate. We are here to serve our deployees. Particularly mayors, speakers and deputy mayors must not be self-serving because that is what invites corruption and divisions.”

The issue of corruption among leaders was also addressed by Ntuli when he weighed in on the election of Zandile Gumede as chair of the ANC's eThekwini region.

Gumede — alongside 21 others — is facing charges of fraud, corruption and racketeering related to a R320m solid waste project.

“Promoting leaders who have not been cleared of wrongdoing or making them play a leading role in society is sending a message of lacking integrity, hence we are aware of the outcome in eThekwini. We don't want to enter into the internal issues of the ANC in eThekwini but we are only concerned about that element,” he said.

He said the party has always been vocal against corruption.

“Even when some leaders were promoted to the legislature we raised the concern as the IFP since we say we hate corruption. Whenever there is an issue about leaders pertaining to corruption, we don't think it's a just move to promote leaders who are still having a dark cloud.”

The ANC appears reluctant to have parliament’s public finance watchdog Scopa investigate the finances of the country’s intelligence services.
News
4 months ago

ANC in KZN 'treats anything to do with the name Mangosuthu Buthelezi as venom', says IFP

The IFP in KwaZulu-Natal has described plans by the provincial government to build a precinct that will house the legislature as wasteful, ...
News
5 months ago
Next Article