ANC in KZN 'treats anything to do with the name Mangosuthu Buthelezi as venom', says IFP 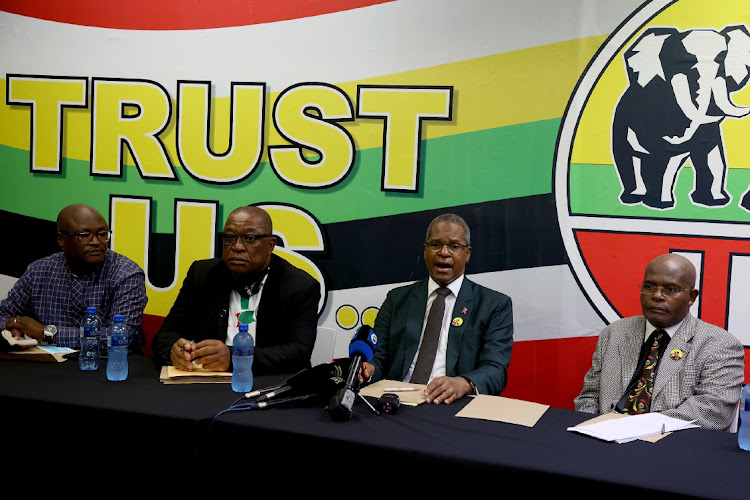 The IFP in KwaZulu-Natal has described plans by the provincial government to build a precinct that will house the legislature as wasteful, unnecessary and an attempt to erase the legacy of its founder Prince Mangosuthu Buthelezi.

IFP leader Velenkosini Hlabisa said on Tuesday that building a new government precinct in Pietermaritzburg as proposed by the provincial government led by the ANC would be a duplication, as this infrastructure already exists in Ulundi.

“Government already owns a state-of-the-art facility in Ulundi, which was inherited from the erstwhile KwaZulu-Natal government. The facility has got enough state-of-the-art space for the legislature sittings and offices.

“The IFP acknowledges that both Ulundi and Pietermaritzburg are of historical significance to various sections of our community in the province, thus, [neither] should be treated as superior to the other,” Hlabisa explained.

The plan to develop a government precinct in Pietermaritzburg was first presented two years ago to the public works portfolio committee and was recently mentioned by premier Sihle Zikalala during his state of the province address as a project that is on the cards.

However, according to the IFP, the project is doomed even before it starts due to costs.

“The presentation stipulated that the total development costs would be R6.817bn and the market value of the precinct after construction would be R11bn.

He explained that the IFP’s objection was purely based on cost: “We cannot duplicate in Pietermaritzburg what already exists at Ulundi. There is no money to waste.”

The IFP leader said the source of funds was announced as KwaZulu-Natal's own funds of R350m, the sale of properties for R120m, savings from equitable share and a (foreign direct investment) FDI loan of R2.471bn.

The IFP also believes that the ANC in the province is displaying an “anti-Zulu history and heritage and it treats anything that has to do with the name Mangosuthu Buthelezi as venom”.

The Ulundi facility was inherited from the erstwhile KwaZulu-Natal government, led by the IFP and has historical significance to the Zulu nation.

The official opposition said it will not support any items in the budget that are meant to “massage the egos of certain individuals” against the many desperate and crucial needs of the people of the province.

Hlabisa reiterated that SA does not have money and likewise KwaZulu-Natal does not have funds, especially after the devastating socioeconomic effects of both Covid-19 and the July 2021 unrest, looting and destruction of property.

“As we speak, the department of education in the province is failing to fill more than 800 educator posts because of the shortage of funds. The infrastructure in schools, hospitals, clinics, police stations and other government buildings is dilapidated because of a  shortage of funds.

“Education has failed to honour the promise to eradicate pit toilets in schools. Water shortages remain a huge challenge to most communities in the province and funds are needed to address this challenge,” he added.

The IFP said the list of where funds are needed in the province is endless and it therefore rejects any plans to spend billions building a facility that “already exists”.

The IFP leader said it would be cheaper to refurbish the former legislature in Ulundi than build a new one.

The ANC in KwaZulu-Natal has launched a scathing attack on the IFP, accusing the party of using the Zulu monarch for political gains.
News
6 months ago

Prince Mangosuthu Buthelezi believes the ANC is conspiring against him with some members of the Zulu royal house by claiming he uses his proximity to ...
News
10 months ago

The IFP is retracting a poster bearing the face of would-be Zulu monarch Prince Misuzulu and declaring the party's collaboration with traditional ...
News
10 months ago
Next Article