Kasi gymnast dreams of the Olympics 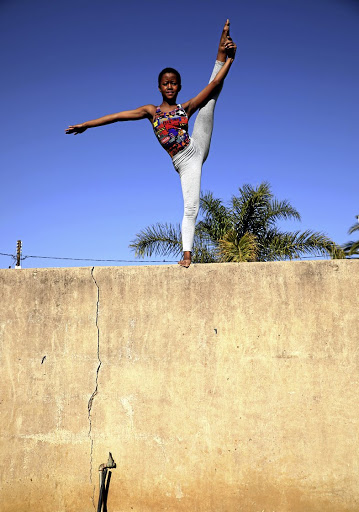 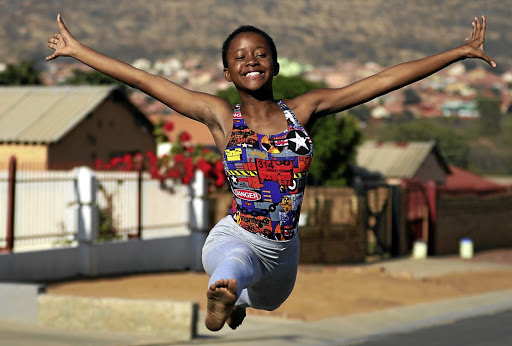 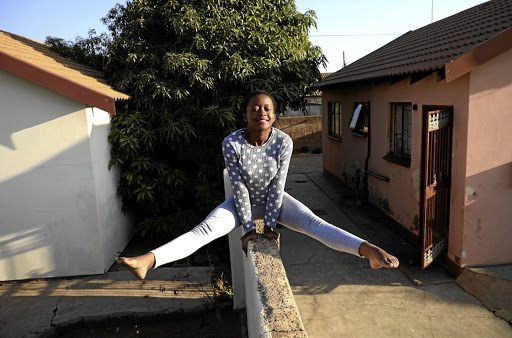 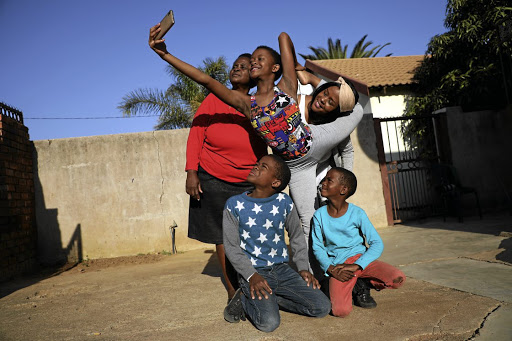 Lack of facilities in the community and at school have not stopped a 13-year-old girl from sharpening her gymnastics skills.

Instead, Orapeleng Vivian uses pieces of furniture and a security wall at her home in Lebanon, Mabopane, north of Pretoria, to practice.

The two-time gold award-winning gymnast dreams of travelling abroad to represent the country and hopes that one day she will make it to the Olympics.

"I want to see myself competing in places like London and the United States and represent the country in the Olympics," she said.

"This is the beginning, I want to represent my country all over the world."

Her mother Itumeleng Vivian told Sowetan Orapeleng started showing off her gymnastic skills and moves when she was only three.

Vivian said Orapeleng would do stretches, jump up and down and do flips in the air. She said her daughter could even place her legs around her neck while seated.

Due to a lack of facilities in the community and at school, Orapeleng downloads photographs and videos of renowned Olympians and practices their moves to master her skills.

"I get my inspiration from my role model Sofie Dossi from the US," she said.

After watching different styles on her mother's smart-phone, Orapeleng climbs on the security wall to practice and show off her skills.

As she practices, she receives praises and ululations from neighbours. "Halala! shine and put us on the map," one of them shouts.

Last week, Vivian took to social media pleading for support and mentorship for Orapeleng, a grade 8 pupil at Ikeleng Primary School in Mabopane.

"I don't have money to help her realise her dreams but I believe that a good Samaritan will hear my cries. I want her to get a professional coach and have access to proper facilities.

"She wants to compete overseas and that will require a lot of money, so we ask people to donate money so that she can be able to do that."

Teacher and gymnastic coach Brenda Mogotsi said when the school put together a team, Orapeleng was not on it.

"One day, I saw her doing her freestyles during break and I realised that she had potential. I then forced her to join us and now she is the best."

Mogotsi believes the sky is the limit for talented Orapeleng. "We don't have proper facilities in our school. We have to move desks to clear space in a classroom so we can practise but that has not stopped children from coming."

Against the odds, Orapeleng has won two gold medals, the latest being last month in the Gymnastic Aerobics Sport Level-2 at the 2019 Arnold Classic Africa, a brainchild of former California governor and actor Arnold Schwarzenegger.