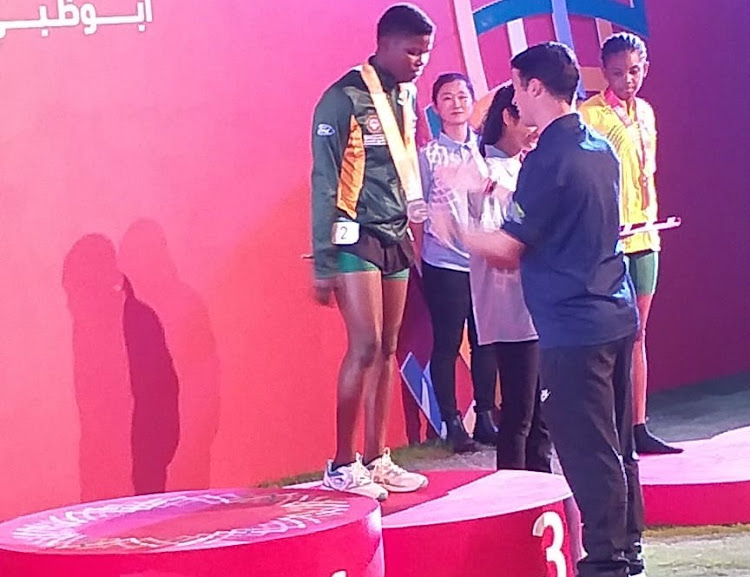 “I am Caster Semenya.” These were the words a 17-year-old girl from the village of Pankop in Mpumalanga said to Sowetan before jetting off to Abu Dhabi early in March for the 2019 Special Olympics World Summer Games.

Now Gopolang Mogale has brought back home to her proud family a bronze for the 200m race and silver for the 100m race. The family was ready to welcome her back home when she touched down at OR Tambo International Airport on Friday.

Mogale, who is living with an intellectual disability, joined 7,000 other athletes from around the world to compete in the summer games. Her mother, Lizzy, said she is happy and excited about the opportunities that await her child.

“Gopolang is going to have a future. I am so happy I can’t even believe it,” said the proud mother.

Her coach France Phago, who works at Mantjedi Special School, said Mogale was enrolled at the special needs school after showing signs of struggling in the mainstream schooling system.

“She came here in 2016 and we soon realised that she is talented after she excelled in athletics,” said Phago.

He said he is proud of his student especially because not so many people believed in her abilities. “People were saying that she can’t make it. But because it is my calling, I spotted that she has talent and saw how far she can go,” he added, noting that he wished bigger sports federations began noticing the potential in his star athlete.

“I want her to be financed and to eventually be able to support herself and her family. Last year, their [family] house burnt down. They were able to save it but it's not a decent place to live. If they get a decent house I will be happy.”