Crew rescued after yacht runs aground in Durban harbour 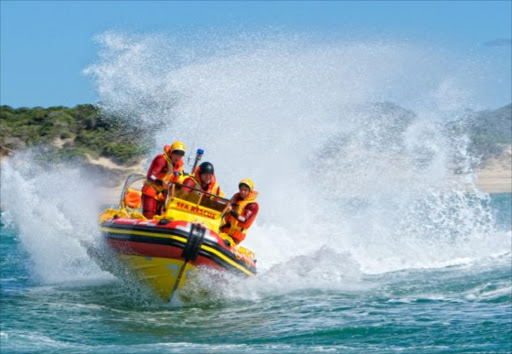 NSRI personnel were dispatched to rescue the crew of a yacht that ran aground in the Durban port on Thursday.
Image: NSRI

Five crew members of a yacht were rescued by a National Sea Rescue Institute (NSRI) team after the vessel ran aground in Durban port on Thursday.

Fletcher said the yacht, with three women and two men aboard, had run aground on the south breakwater at the port.

"On arrival we found all five crew had managed to abandon the yacht and get on to the dolos [concrete blocks used to protect the harbour walls from waves].

"Two NSRI rescue swimmers assisted one female who had been trapped among the dolos.

"The remaining four crew were accounted for and safe. They suffered minor injuries," said Fletcher.

The yacht was returning to the port from Richards Bay.

Fletcher said a salvage operation was being planned.

After a month of controversy and uncertainty, an Umlazi woman who died in the Bahamas last month was finally cremated on Sunday.
News
2 years ago

A Durban family who are desperately trying to repatriate the body of their relative who died in the Bahamas in February are now facing another hurdle ...
News
2 years ago
Next Article