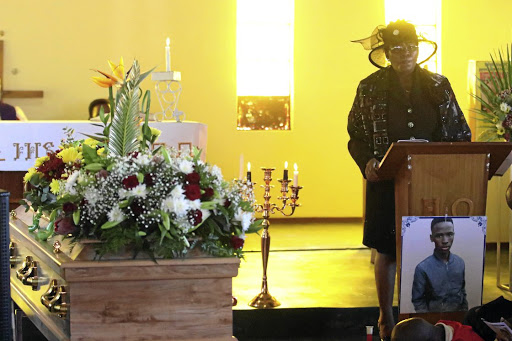 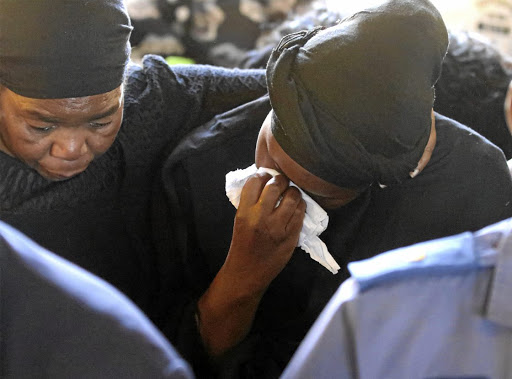 Emotions ran high on Saturday during the funeral service of Limpopo pupil who was killed during gang-related violence last week.

Thato Matlala was stabbed to death on March 10 after he was allegedly chased by a group of school-going gangsters in Hwibi village in Ga-Matlala, west of Polokwane.

The 17-year-old boy, who was in grade 12 at Ncheleleng Secondary School, was buried in an emotionally charged funeral service at his home village.

Police spokesperson Col Moatshe Ngoepe said a 22-year-old man had been arrested in connection with Matlala's murder, and that more arrests were eminent.

Fellow learners came in large numbers to pay their last respects, and cried hysterically as his coffin was carried into a hearse at St Michael's Roman Catholic Church.

Mourners also heard that Matlala's father, Peter Mmatli, was also killed in a knife attack in 2007.

Limpopo MEC for transport and community safety Makoma Makhurupetje said it was time the province reflected on the violent killings.

One of the two men accused of killing Thorisho Themane, 28, in Polokwane says the late musician held him by the hand and begged to be taken home.
News
3 years ago

"As government we are disappointed that the killing of Matlala happened just two weeks after we buried Thorisho Themane, who died in almost a similar manner," said Makhurupetje, who urged the police to ensure gangsterism was nipped in the bud.

Themane was allegedly attacked by a group of pupils in Flora Park, Polokwane, during which a video was also recorded and circulated on social media.

The 28-year-old died in hospital. Nine people, including six pupils, were arrested.

She urged the residents to provide information to the police to ensure perpetrators were not released due to lack of evidence.

The principal, Tlou Mabotja, told mourners that on the day of the incident, there were three groups of gangsters in the village.

"As teachers we are under siege. We appeal to the government to help us flush the gangsters," Mabotja said.

He said he once confiscated a cellphone from a pupil and the same pupil went out to mobilise a gang that came to school to threaten him.

"I was fortunate that at their arrival I was in the company of other teachers, " he said, alleging the same "boy" who was responsible for Matlala's death was turned away when he sought admission in January.

"I refused to admit him at my school," he added, referring to the 22-year-old man now in police custody.

State withdraws murder charge against one of Themane's attackers

The state has withdrawn a charge of murder against one of three suspects accused of killing Thorisho Themane.
News
3 years ago
Next Article