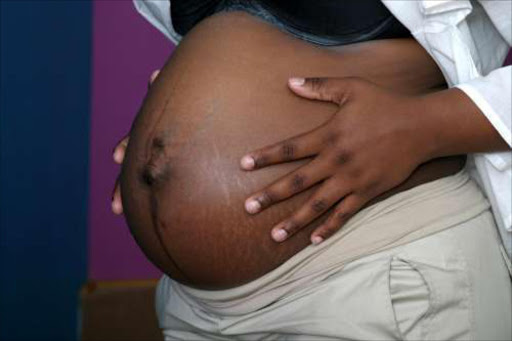 The department announced that Tuesday is the last day for public comments on prevention and management of learner pregnancy in schools.
Image: Jeremy Glyn

The rate of learner pregnancy in South Africa has become a major social, systemic and fiscal challenge not only for the basic education sector but for the national development in general.

Spokesman for the Department of Basic Education Elijah Mhlanga said learner pregnancy impacts on the lives of many young people, often limiting their personal growth.

The department announced that Tuesday is the last day for public comments on prevention and management of learner pregnancy in schools.

Earlier this year, the department issued a gazette in which it invited comments from stakeholder bodies and members of the public on the policy.

Some pupils at a Limpopo school have blamed "blessers" for being responsible for about 30 pregnant girls at their school so far this year.
News
4 years ago

He said the policy seeks to ensure that there is accessible provision of information on prevention, choice of termination of pregnancy, care counselling and guidelines for systematic management  and implementation.

“In particular it commits the basic education system and other role players to providing comprehensive sexuality education. This will ensure that young people gain the knowledge and skills to make conscious, healthy and respectful choices about relationships and sexuality. Of central importance, this policy asserts the constitutional rights of pregnant learners to continue and complete their basic education without stigma or discrimination.”

The policy also states that there should be no exclusion of pregnant learners and they must be allowed to remain in school during their pregnancies and return to school as soon as possible after giving birth.

The school is required to accommodate the reasonable needs of the learner and ensure that her right to education is not disrupted or ended by pregnancy or birth.