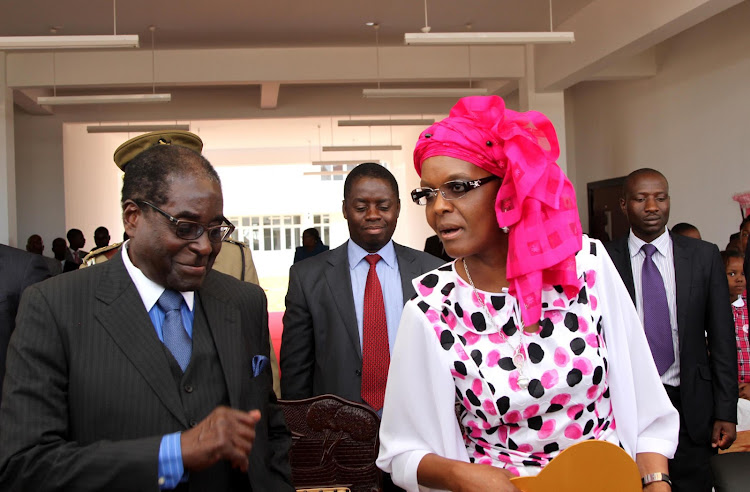 Civil rights watchdog AfriForum said on Thursday that the North Gauteng High Court will next month hear a case against the granting of diplomatic immunity to Zimbabwe First Lady Grace Mugabe by the South African government.

The challenge has been set down for May 10-11‚ the organisation's Kallie Kriel said.

Grace‚ who is accused of assaulting a woman‚ Gabriella Engels‚ and hotel staff in Sandton‚ Johannesburg‚ flew back to Zimbabwe with her husband‚ President Robert Mugabe‚ in August 2017.

Engels‚ who was allegedly struck with an electrical extension cord‚ laid assault charges against her. AfriForum‚ which is assisting Engels in the case‚ said they believe they had a strong case to challenge the immunity.

If they win next month‚ they would ask prosecutors to go ahead with a trial. If the NPA did not‚ then they were ready to proceed with a private prosecution‚ Kriel told a press briefing in Centurion.