JONATHAN JANSEN: Political parties don’t give a damn about the future of education 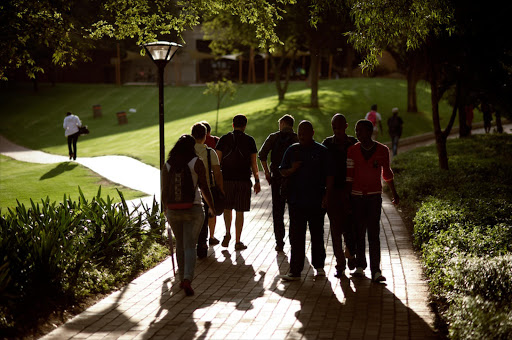 Look closely. Slowly but surely the academic and organisational cultures of our universities are being broken down in front of our very eyes. This breakdown is being ruthlessly executed by the narrow interests of political parties who really do not give a damn about the future of higher learning in our country.

Since 2015‚ these parties decided that there were two primary spaces in which to contest each other politically: in parliament and on campuses.

With President Jacob Zuma effectively on his way out‚ political theatrics in parliament are now much less attractive than tens of thousands of students descending on campuses for college and university registration.

Zuma started the rot when he opportunistically decided to announce free higher education as the ruling party entered its elective conference last month. This irresponsible decision flew in the face of the president’s own commission‚ led by Judge Jonathan Heher‚ which studied the feasibility of free higher education and concluded that this ideal was not possible at the present time.

The Zuma declaration was like a Christmas gift to the EFF‚ who decided to make political hay out of this announcement. Students‚ whether they applied for studies or not‚ were instructed to simply walk into the 26 public university campuses and demand to be registered for studies — for free‚ of course.

No matter that universities have dates determined long in advance for applications. Nor that‚ for professional fields like medicine and physiotherapy‚ those dates had closed as far back as mid-2017. Nor that applications for state funding were also subject to closing dates. Nor did it matter that thousands of "walk-ins" demanding places could literally jeopardise the lives of young people‚ as was the tragic case of a UJ student who was crushed to death in a 2012 registration stampede.

Anxious Vice-Chancellors through their organisation‚ Universities South Africa‚ responded to this tussle between Zuma and EFF leader Julius Malema with a plea not to make the call for free higher education a political football. The problem‚ of course‚ is that South Africans like football.

We ended 2017 on an ominous note. Our leading research university convened its final examinations in a massive marquee tent on a sports field to better manage the security risk of disruption. From a management point of view‚ I can see how this not only makes sense but might also have been the only option available.

But the barbed wire‚ patrol guards and attack dogs inevitably brought to mind images of concentration camps‚ not of cultured campuses.

As a consequence of these developments‚ we are now faced with an interesting new trend among middle class students: internal migration. In this case‚ the top academic students in the country increasingly choose those institutions perceived to be more stable. Sad‚ but it makes sense.

A high fee-paying parent is as interested in the quality of the degree as in the safety and security of her child. Several deans and heads of departments of our top two English universities have told me about how they are being affected by internal migration.

Universities are like any other organisation in the sense that they need rules‚ regulations and routines for conducting their work. A prospective student applies and‚ if successful‚ is registered for a diploma or degree‚ at which point payment is made‚ enabling the student to pursue a course of studies‚ at the end of which the passing candidate graduates.

That lengthy chain from application to graduation‚ where it involves 30‚000 or more students‚ is an extremely complex process that is time-sensitive and cost-sensitive. So when a populist leader calls for walk-ins‚ in defiance of these processes‚ it collapses not just the systems of an organisation but the very culture universities seek to establish around things like timely applications for available places. As we enter 2018‚ I have little doubt that in the course of time even those universities perceived to be more stable will be swallowed up by the demise of campus cultures under the reckless populism of political parties. Here you find one of the first threats to democracy – the destruction of public institutions.

The township and rural schools serving the majority remain paralysed by decades of protests that effectively destroyed the cultures of these institutions. About half our public universities are already in the same position – poor-quality teaching institutions constantly battling disruptions of academic timetables and administrative systems.