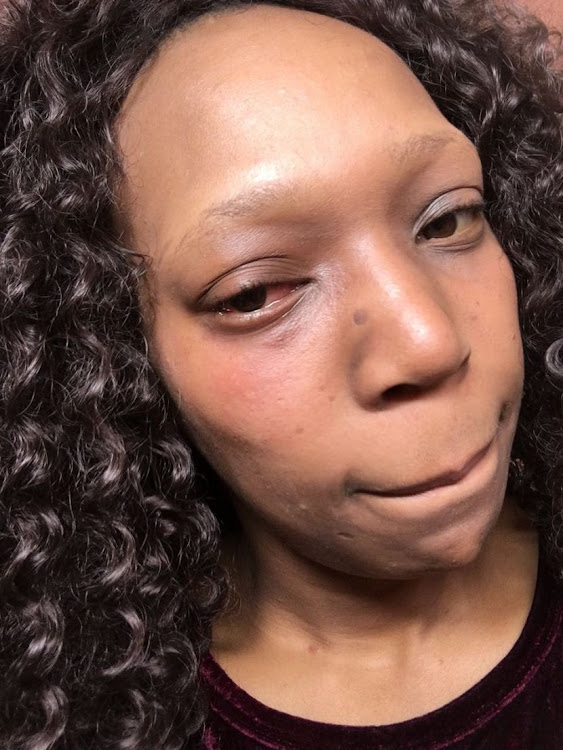 A woman is pursuing criminal charges after she was allegedly attacked by two white men in a road rage incident in Centurion in Gauteng on Saturday.

Speaking on the incident‚ Precious Dinake said that she did not know how to feel about the attack.

“A lot happened‚ I am still overwhelmed. I am more saddened by the violence against me than the fact that it was a racial attack. I don’t know how to feel really‚” said Dinake.

Dinake alleged that the men punched her in the face. The publication is in possession of a picture of her with a bruised right cheek.

“I went to buy a bag of sand for building at the local Jumbo. All of this happened when I was coming back from the shops. I was driving slowly because there was traffic. Then the car behind me was trying to bully me off the lane but I could not move because there was traffic. So I continued to move slowly when he hooted and started bumping my car from the car deliberately. I told myself that I will not come out of the car because I know how bad road rage is in Pretoria.

“They finally managed to overtake me and drove in front of me‚ scratched the car on the side. They then stopped their car‚ came out and headed towards me. They banged my windows and were shouting at me. They then walked back to their car. I came out because I wanted to take pictures of their car and so forth. Then while I was taking a video this man came to me and threw my phone on the ground — it’s smashed now — and then he punched me on the face‚” Dinake said.

When we spoke to her‚ Dinake said that she was on her way to open a case of malicious damage to property and hit-and-run.

In the video that emerged online showing the altercation‚ the man she accused of punching her can be seen walking to his car and then coming back to her vehicle and throwing her phone on the ground.

Alicia Millican who witnessed the quarrel said that she was disgusted at the actions of the two men.

“I was in the garage with my husband when I heard something like a bang‚ screams and someone swearing then we went to look. I saw this white man getting out of his car and shouting and screaming at the lady. Then he hit her on the face. You could see he was drunk‚ his passenger too. It’s the driver that attacked her but the passenger was also swearing at her.

“Then people started gathering to help her. Because he could not escape‚ his passenger went and drove the car and he managed to run to it and they fled the scene before the police could get there. I am disgusted at them. That was unnecessary. This makes me very angry‚ he was wrong from the get-go‚” Millican said.

@tsholo–tt tweeted: “@Prexious–BD was attacked by two white men today. When will this stop?! Please RT”

“@Prexious–BD born and bred in Centurion‚ I have never experienced what I experienced today‚ and Shem I won’t let it slide‚” Dinake herself tweeted.

Minister of Police‚ Fikile Mbalula retweeted the post and said that police were hunting for the men.

The Twitter community is also helping to find the accused.