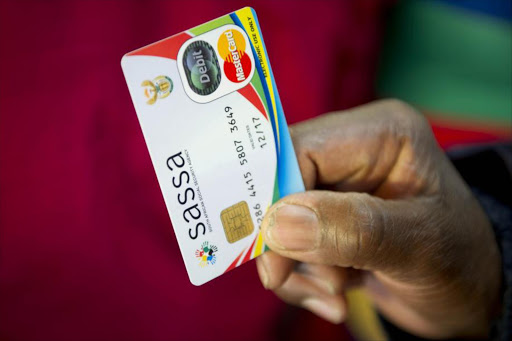 Cash Paymaster Services (CPS) has objected to what it called unsubstantiated allegations of impropriety made against it by former director-general of the Department of Social Development Zane Dangor.

Dangor filed an affidavit with the Constitutional Court on April 10 in response to Social Development Minister Bathabile Dlamini’s submission on why she should not personally foot the legal bill over the recent grants debacle.

This prompted Magwaza to file an affidavit to deal with aspects of Dlamini’s affidavit‚ which he said reflected on him negatively and were incorrect.

Magwaza’s affidavit was followed by that of Dangor‚ who made a number of allegations against CPS.

CPS director Nunthakumarin Pillay filed an affidavit in the Constitutional Court last week to record the company’s objection to allegations made by Dangor.

Citing one example‚ Pillay said Dangor stated that there was emerging evidence that CPS was involved in immoral and/or illegal deductions from the accounts of grant recipients.

Pillay said he did not object to Dangor filing an affidavit to assist the court on its question of whether or not Dlamini should pay costs from her own pocket.

Pillay said CPS did not believe that this was the appropriate time or forum to address the allegations and insinuations in Dangor’s affidavit‚ particularly as they were irrelevant to the issue before the court.

“However‚ I wish to place on record that CPS categorically denies the allegations and insinuations of impropriety made against it.

“CPS reserves the right to address the allegations at the appropriate time and in an appropriate forum‚” Pillay said.

The court on April 5 allowed Magwaza to file an affidavit in response to Dlamini’s affidavit.

The court also said all parties should file submissions on the question of whether Dlamini should pay for the legal costs in her personal capacity.

The Black Sash Trust approached the court in March‚ after Sassa’s acknowledgement it would not be able to pay millions of grants from April 1‚ despite promising the court in November 2015 it would do so.

The court had‚ in 2014‚ declared that the 2012 contract Sassa signed with CPS for the payment of social grant was invalid‚ because of tender irregularities.

The court suspended its order of invalidity on the premise that Sassa would find new contractors to pay grants from April 1 2017‚ or that it would make payments on its own.