Bicycle rides a life and death affair in Johannesburg 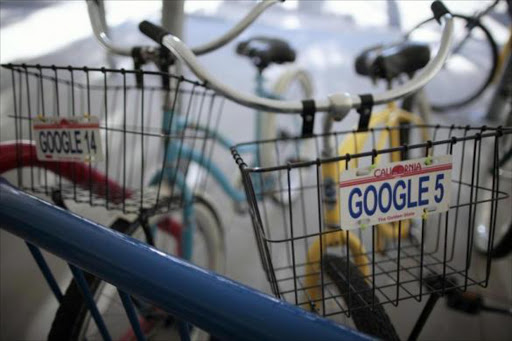 Rob Munton’s bicycle ride through Mellville in Johannesburg could have got him killed.

A veteran of 22 Cape Argus Cycle Tours‚ he had to pedal for his life when confronted by a robber wielding a carving knife at 6:30am last week on Rustenburg Road.

Cyclists are being hijacked at gun and knife-point in the suburb‚ spreading fear among the outdoor enthusiasts.

“This guy was chasing me down the road with the knife when I looked back and it was high up and I thought he would have stabbed me had I not managed to escape‚” said 65-year-old Munton.

Munton‚ who has been cycling the 32km route for 10 years‚ said was able to maintain his balance on the bike‚ swerving as he escaped.

Paul Levy from Dunkeld was not as lucky when he was hijacked two weeks ago on the same road. The robbers‚ one carrying what looked like a gun‚ took his bike worth R165‚000.

“I gave them my bike instantly so that they would not draw the gun on me. It was an efficient attack and they were not in a hurry. They emptied out my pockets and took everything besides my shoes‚ watch and helmet‚” said Levy‚ a sales director for a logistics company.

“I went for trauma counselling but realised we live in South Africa and there is no point in being sensitive about it‚” he added.

Cyclists have been forced to change their routes.

“We have changed routes to avoid the problem area‚ but if people keep on buying second-hand bikes‚ we may find this problem spreading to other areas. Criminals will come looking for bikes on other routes‚” said Laurent Scholtz‚ chairperson of the Illovo cycling group.

He said cyclists were being hit with branches and relieved of their bicycles which were disposed of at pawn shops.

“Cyclists being killed in car accident is terrible but we dread the day that we have to read of a cyclist being killed on purpose for their bike‚” he added.

Police and security companies are patrolling the hotspot and roadside bushes used as hiding spots by criminals have been cleared away.

Kim Cupido‚ from the specialised store Dunkeld Cycles‚ said there had been an alarming increase in stolen bicycles.

“There has been an increase in bike thefts and we know this because of the amount of replacement quotes we are issuing insurance companies‚” said Cupido.

Colonel Ivan Perumal of the Brixton police station said four bicycle theft cases had been formally opened recently but police were aware of other incidents posted on social media. He urged victims to report the crimes.

“They need to open up dockets at the police stations so that we have more information and it will help us apprehend the suspects‚” said Perumal.

Bike Market store owner in Mellville‚ Alex Bramley‚ said bicycle hijackings were concerning. His customers were among the victims.

“We monitor the classifieds and online platforms on the lookout for stolen bikes but I think they are taken across borders‚” said Bramley. “We are going to try and set up a sting operation with police and local security companies to try and catch these guys‚” he added.

The Bike Hub‚ an online portal for bike enthusiasts‚ reported that 205 bikes were stolen in the Cape Town area in 2015.

Criminal bicycle syndicates were exposed two years ago after a spate of thefts in Pietermaritzburg. The Witness reported at the time that stolen high-end bikes were stripped and sold on the internet. Cheaper bicycles were taken across the border to neighbouring countries.