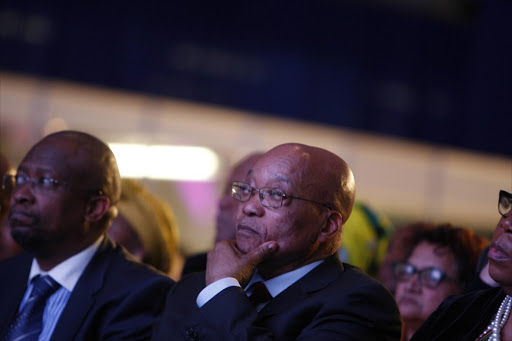 President Jacob Zuma has apparently told the ANC leaders that he has been poisoned three times before by those who wanted to get rid of him.

He claimed the purpose was to block him from leading the ANC as well as the Republic of SA.

According to several National Executive Committee (NEC) sources yesterday, they said Zuma made the remarks in his closing address of the meeting on Monday, which sat for three days.

At the meeting some party leaders stood up and asked him to step down as the country's president following several scandals involving him.

It was the first time that Zuma spoke out about being poisoned.

He, however, did not reveal those behind the poisoning.

The Hawks are currently investigating a poisoning allegation against his wife Nompumelelo Ntuli after Zuma fell ill two years ago.

But ANC spokesman Zizi Kodwa claimed that was a complete distortion without giving details.

Sowetan spoke to at least four NEC members who said Zuma, following the debate, told them that he knew the foreign countries that were after his head, alluding to that the leaders that raised that he should step down were being used by outside governments to fight him.

The sources said Zuma spoke about previously having faced criminal charges for nothing. He was referring to the fraud and money laundering charges that were dropped but could be reinstated.

He apparently asked what happened to those charges and what was it that he did wrong.

Zuma was defiant and adamant that he was a good leader as he addressed the NEC meeting in which ministers from his cabinet called for his removal as state president.

A lengthy discussion was held on state capture, and Zuma's relationship with the Gupta family came into sharp focus.

According to sources sympathetic to Zuma, he explained that the family's relationship was not with him but with his son.

In a media briefing yesterday, ANC secretary-general Gwede Mantashe said the matter of the removal of the president was now closed after the NEC did not support his recall.

He said the talks of three days were a "robust, difficult and candid" discussion on Zuma's leadership.

Mantashe said the NEC acknowledged that there was a negative perception towards the president and, thus, allowed the debate to proceed.

The day before the NEC started, the ANC National Working Committee met with a group of veterans who were concerned about the state of the party.

Mantashe said the NEC had resolved to extend next year's policy conference by one day. The first two days would be spent on assessing the state of the ANC.