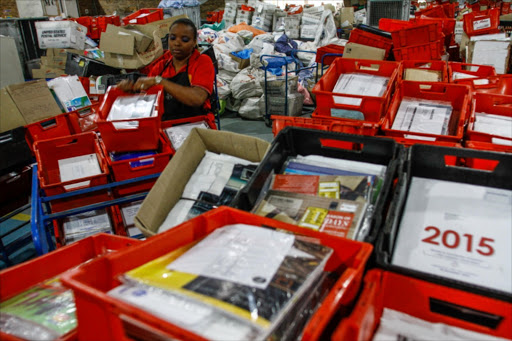 The South African Post Office’s R1.1 billion loss for the financial year ended March 31 2016 was described on Wednesday as another milestone on its “road to ruin”.

DA MP Cameron MacKenzie said on Wednesday that unless “urgent steps are taken to introduce profitable public-private partnerships that include the Postbank‚ the courier and parcels business‚ it won’t be too long before funds run out and the SAPO turns to government for more bailouts”.

In addition to a government bailout of R650 million‚ the SAPO has borrowed its way out of trouble for this financial year thanks to a government guarantee of R2.7 billion‚ said MacKenzie.

“Yet the entity continues to lose on average more than R120 million a month. With current borrowings in excess of R3 billion‚ and in the face of declining revenues‚ the ability of the SAPO to repay these loans must be called into question.

“By the end of this year‚ around R1 billion of this borrowing will have been used to fund the monthly shortfall between income and expenditure. When adding the interest cost of borrowing‚ it is clear the SAPO is dangerously close to running out of other people’s money‚” said MacKenzie.