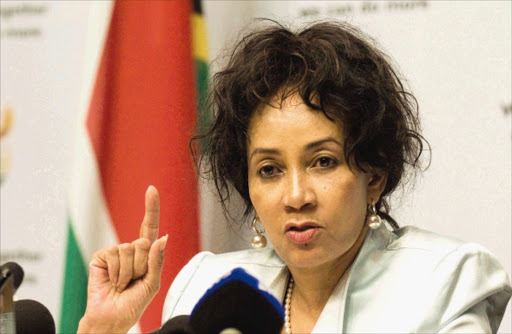 The Ministry of Human Settlements on Monday alerted the public to fake Linked-in and Facebook accounts which claim to be that of Minister Lindiwe Sisulu.

The fraudsters use the Minister’s name to falsely promise people tenders and other economic opportunities within the human settlements sector.

“The Minister of Human Settlements conducts no official business on social media‚ either Facebook or linkedin. Those approached for financial solicitation by a fake Minister must report them‚” the department said in a statement.

Minister Sisulu’s office said they had reported five Linked-in accounts under the username Lindiwe Sisulu to the company involved. “All of these accounts on linkedin are scams.”

Facebook has 10 accounts under the username Lindiwe Sisulu. Out of these 10 there is only one legitimate account‚ which has an underscore in between the user name‚ Lindiwe–Sisulu. The ministry advised people to block the fake accounts and urged the public to also report them to the respective social media platforms.

Since December‚ scamsters have also targeted the labour department‚ police and defence force‚ amongst others.