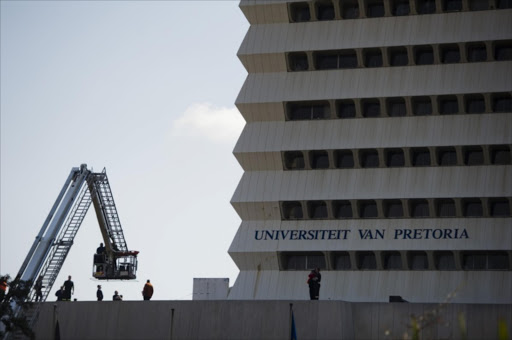 A storm is brewing over the University of Pretoria’s decision to review its language policy‚ which could see Afrikaans scrapped as a language of instruction.

Vice-Chancellor‚ Cheryl de la Rey‚ resolved to consult with the senate‚ council and all stakeholders‚ including higher education department‚ on the institution’s language policy based on demands made by students during last week’s Fees Must Fall campaign.

“Accordingly‚ an investigation is under way‚ and (a) report has been promised by the end of the year. Assumptions should not be made as to the outcomes at this stage‚” spokesperson Anna-Retha Bouwer said.

While this move was hailed as progressive by the Higher Education Transformation Network‚ it has raised the ire of the Afrikaner rights group AfriForum.

AfriForum Youth spokesperson‚ Ian Cameron‚ said management yielded to student groups intent on rendering campuses ungovernable through violence and intimidation‚ asking whether Afrikaner students would have to resort to similar actions to protect their rights.

“This step disregards the right of Afrikaans students at UP to receive education in their mother tongue‚” he said.

Cameron said this was the latest attack on Afrikaans mother tongue education at the country’s universities.

According to Cameron‚ investigations conducted by the University of Pretoria between 2007 and 2010 showed that it will cost R100 million a year for continued classes in Afrikaans.

He said it would cost about the same amount for every student to be taught in their mother tongue.

“(The university) has money for that. Government has a constitutional mandate to ensure that everyone receives mother tongue education and to date we are not seeing the fulfilment of that mandate‚” he said.

Cameron said next week they will hand over a memorandum to management demanding that Afrikaans continue to enjoy equal status with English.

Higher Education Transformation Network’s executive director‚ Reginald Legoabe‚ said if Afrikaans continued to be one of the languages of instruction with English‚ then all students must learn in their mother tongue but said this would be a very expensive system.

“English would be a typical language of consensus because it is used internationally and in the business environment. We will not have a problem if all groups agree to gravitate towards the utilisation of English so that we do not give anybody extra advantage‚” he said.