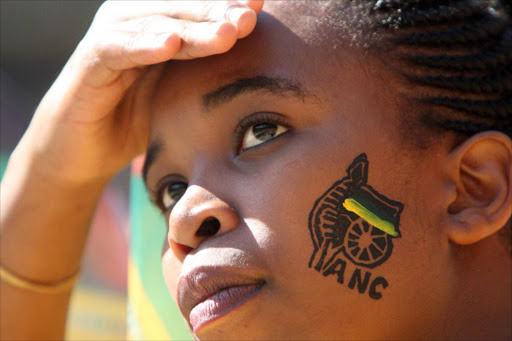 An ANC supporter at the Siyanqoba Rally held at the FNB Stadium. Photo: ANTONIO MUCHAVE

In 1993 Nelson Mandela committed the ANC to a foreign policy guided by the light of human rights .

Under President Jacob Zuma the ANC has abandoned this principle. South Africa's foreign policy under Zuma is now characterised by chaotic flip-flopping with the ANC having abandoned the promotion and protection of human rights around the world as a goal.

The contradictions and failure to commit to a foreign policy premised on upholding human rights saw an escalation recently when Zuma briefed the diplomatic corps on SA's foreign policy ahead of the upcoming United Nations General Assembly in New York.

Zuma has made a number of highly problematic and questionable remarks that , when taken together with recent actions by him and his government, mark a distinct departure from the position taken by Mandela.

He has blamed the intervention of the West through the North Atlantic Treaty Organisation in Libya in 2011 for the current migration crisis in Europe.

He claims that Africa had a road map for the Libyan crisis, yet Zuma seems to forget that SA, Nigeria and Gabon in fact voted in favour of UN Security Council (UNSC) resolution in 1973 that approved a no-fly zone over Libya and the use of "all necessary measures". This ultimately contributed to the fall of Muammar Gaddafi, a dictator who had ruled the country for 42 years.

SA voted in solidarity with other African members on the UNSC to protect the civilians of Libya who had for decades been subjected to human rights abuses.

Of course, no one could foresee that this would destabilise an entire region, but hindsight is a perfect science.

At the time, it was the best possible option for the promotion of peace and a renewed commitment to the protection of Libyans' basic human rights.

Then there is Zuma's general attack on the International Criminal Court (ICC) motivated by the perception that its prosecutions are heavily weighted against African leaders.

What is often forgotten is that in many cases, it is the citizens of these African countries that have entreated the ICC to take action against the dictators responsible for atrocities against their own people and fellow Africans.

Zuma made it clear that he is standing up for the dictators and despots of the continent and has abandoned fighting for the rights of those on our continent who are hounded, arrested, raped, tortured and murdered.

Nowhere is this stance clearer than Zuma's friendship with wanted war criminal, Sudanese President Omar al-Bashir. Zuma presided over Al-Bashir's state sanctioned escape from South Africa against our own domestic law and our international obligations.

Two warrants of arrest have been issued for Al-Bashir for war crimes, crimes against humanity and genocide. Yet Zuma has confirmed that he will visit his friend in Sudan later this year and might in fact invite him back to SA for the Forum on China-Africa Summit to be held in Johannesburg in December this year.

His trite comments regarding the ICC's request for reasons for the failure to arrest Al-Bashir by October 5 are, frankly, unacceptable.

For the president to say, in an official address on foreign policy before the international community, that we might or might not respond shows contempt and disdain - not dissimilar to the contempt that Zuma and his cabinet have shown to the judiciary on this very same matter.

Far from reassuring the international community that the ANC is still committed to human rights, especially given questionable statements in the ANC's national general council discussion documents, Zuma's briefing reiterated that the ANC has lost sight of Mandela's commitment to a human rights-based foreign policy.

lMokgalapa is the DA's shadow minister of international relations and cooperation