8-year-old blowing his own trumpet 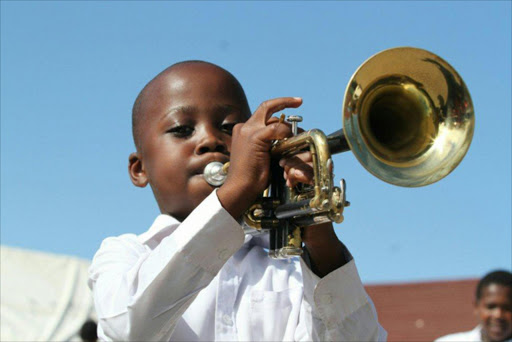 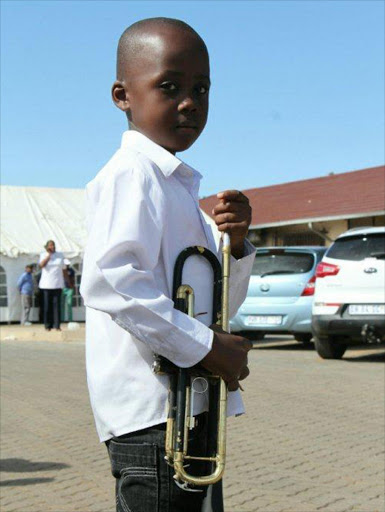 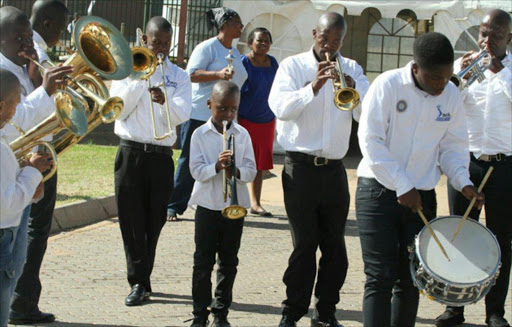 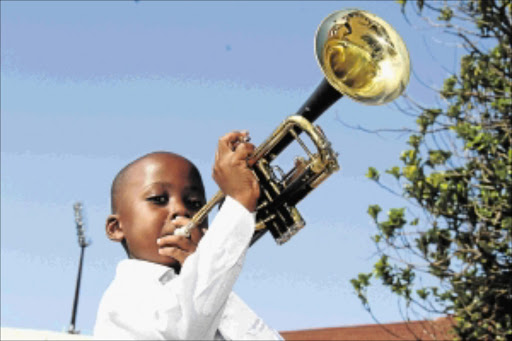 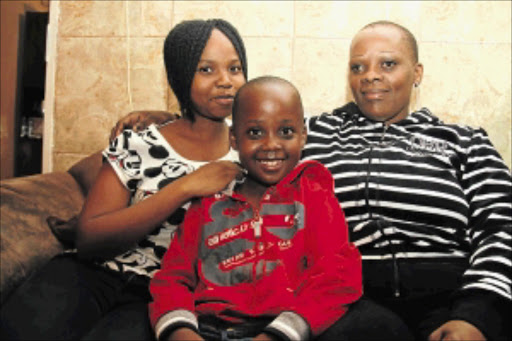 A SON'S love of music and his dedication has changed his mother's view of parenting for good.

Melita Ragophala, who found out four months ago that her eight-year-old son Mohau is a trumpet whizz, says he has taught her a thing or two about being a good mother.

The 39-year-old mother had barred Mohau from playing the trumpet when he was four, fearing it may not be good for his health.

But what Ragophala - a single mother of two who lives in Atterigdeville, west of Pretoria - didn't know is that her son did not stop loving the trumpet nor learning to play it and secretly practised it when she was at work.

Ragophala, a nurse at the local Kalafong Hospital, had the shock of her life in January when Mohau invited her to a practice session at which he played with a brass band.

Mohau, a Grade 3 pupil at Laudium Primary School, has been practising with a 12-member brass band and sometimes plays with them at local events.

"I could not believe my son could play so well. When I heard him leading the band in song I gave him my full blessings," she says.

Mohau now doesn't have to sneak around to do what he loves. He can even travel freely with the band to areas outside Atteridgeville.

"I wish I had listened to my son earlier when he tried to convince me to allow him to play the trumpet," she says.

"I did not realise that I was depriving him of an opportunity to explore his talent.

"He has taught me to listen to other people no matter what they say. He is a talented boy and he has made me very proud," she says.

Mohau - who has a 16-year-old sibling Nomonde in Grade 9 - has his own trumpet that he loves to shine before and after using it.

Though he is the youngest member in the band, he says they don't treat him with kid gloves.

Surprise Magoro, his mentor and the leader of the band, says since Mohau became a full member in January, he has mastered a variety of fairly difficult tunes, practising on his own most of the time.

"He has shown great improvement because he loves it," Magoro says.

Mohau attends daily practices without fail, but still find time to play with his friends.

He is learning to read music from Magoro and the art of improvisation.

"After understanding the basics of handling the trumpet, I wrote the scales for him," says the mentor.

The band is managed by Mohau's uncle Philemon Ragophala, who has a keen interest in brass bands.

Philemon bought the entire set of instruments for the boys to keep them off the streets.

"I am proud of the boy. When I bought the instruments 15 years ago as a form of recreation for the local boys, it never crossed my mind that my nephew would have such an impact on the community.

"He is able to start a song and lead the band through the entire song, and his favourite tunes are Bophelo and Ke na le Modisa."

"He is able to play and lead on five songs effortlessly. We used to travel with him around Atteridgeville and also gave him the opportunity to play," he says.