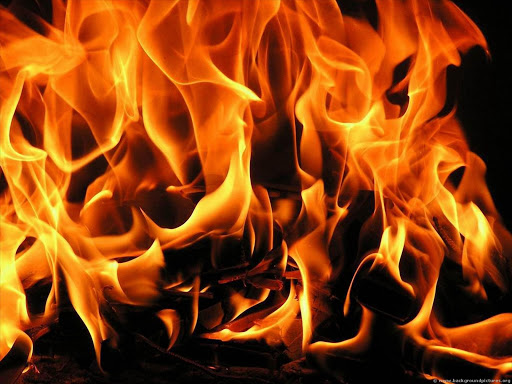 A FAMILY of 15 has been left homeless and destitute after their home was razed to the ground after a lovers' tiff between a 44-year-old woman and her 25-year-old boyfriend.

The four-roomed house in Eden, Pietermaritzburg, was burnt down early yesterday morning.

The incident has shocked neighbours, with some of them saying on social media that the woman and her "Ben 10" (a term used to describe a young man involved with a mature woman) often had violent disputes.

Although the family managed to escape the flames unscathed, valuables including identity documents, birth certificates, clothes, furniture and appliances went up in flames.

Slungile Shange, one of the family members, said they were left with only the clothes they were wearing.

Shange said the boyfriend of her sister Thoko arrived at the house at about 1am and demanded to be allowed inside.

"He was drunk, but we allowed him in the house, because he often stayed with my sister," Shange said.

"We later learnt they had bickered at the tavern and that he had often threatened to burn down my sister's home."

She said the boyfriend took a bag containing his own clothes after he had started a fire in one of the rooms.

"We were woken by one of the children who told us the house was on fire," Shange said. "We woke up and alerted the neighbours, but by then the fire was raging uncontrollably. We managed to get everyone out of the house. But we could not save any of the items that were in the house. It is very sad because we lost everything - from food, important documents, school books, furniture. We are left with nothing."

Police said the boyfriend was arrested yesterday morning at his home in the township. He will appear in the Pietermaritzburg Magistrate's Court today on charges of arson and attempted murder.