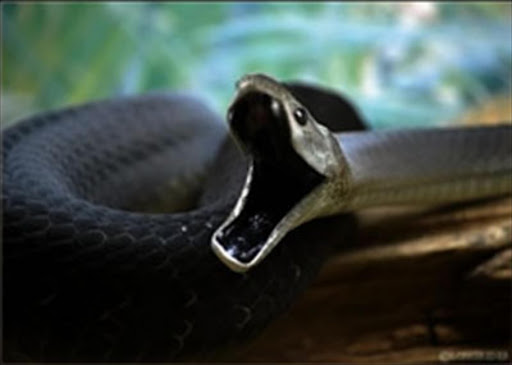 A Friday night-tour and a sleepover at the zoo, which are being offered at a discount rate for March, would still go ahead.

A black mamba which has gone missing from the Pretoria Zoo might have been stolen, the zoo said.

"The option of the snake having been stolen is now highly probable," said the zoo's marketing manager Craig Allenby.

He said there was a market for illegal trade in indigenous reptiles such as black mambas.

The zoo would conduct internal investigations into the possible theft of the snake, and if this was found to be the case, how it could have happened and whether staff were involved.

Allenby said the search for the snake -- now "affectionately named" Houdini -- would continue.

"We would like to assure the public [of] our utmost commitment to resolving this issue as quickly as possible," he said.

He said security measures were in place.

A Friday night-tour and a sleepover at the zoo -- which are being offered at a discount rate for March -- would still go ahead.

"There is no additional threat to the public," said Allenby

He said the sleepover would take place a distance away from the snake terrarium, and that trained staff would be on duty at all times.

An Easter egg hunt -- billed as the largest in South Africa with 20,000 chocolate eggs to be found -- would also continue as scheduled on March 30 and 31.

Staff noticed the black mamba was missing from the terrarium at the zoo's reptile park on March 11.

Black mambas dwell mainly in trees, so extensive searches since then have been concentrated on the roof of the reptile park

Most recently, prey such as rats, mice and chicks have been placed in the service access area in the hope of drawing out the snake.

"This has proved to be unsuccessful to date. However, the snake may have found other prey or be in a more dormant state and not be feeding at the moment," said Allenby. He added it was a little too early for the snake to go into hibernation.

During hibernation, black mambas slow down their activities, rather than completely stopping, he said.

A company was called in to try and find the snake using thermal imaging cameras this week, but Houdini eluded them.

In the Chinese calendar, 2013 is the year of the snake. The reptiles have made news headlines throughout South Africa in recent weeks.

A Kempton Park bookkeeper was bitten in the face by a Mozambican spitting cobra while sleeping at a lodge in the North West earlier this month. Werner Bronkhorst said the snake also attacked a water bottle and an empty cigarette box.

At the beginning of the month, one of South Africa's leading snake experts, Johan Marais, had to be hospitalised after being bitten by a puff adder.

"It was painful but not as bad as listening to Justin Bieber," Marais said at the time.

This month, the West Rand emergency service said it had removed more than 78 snakes from residential stands over the summer.