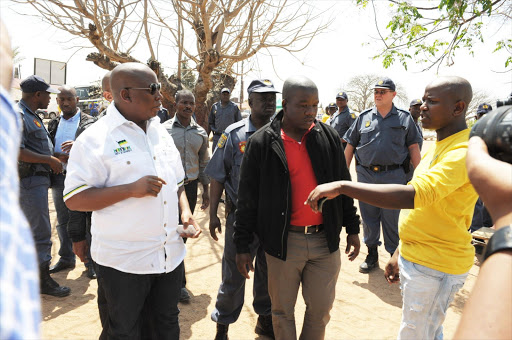 The fraud charge relates to Mamabolo’s chairmanship of the Limpopo Geographical Names Committee.

Mamabolo, a loyal supporter of President Jacob Zuma, is due to appear in the Polokwane Magistrate’s Court on Thursday.

There were no further details.

Mamabolo has recently been embroiled in a court battle with Malema after alllegedly sending a threatening text message to Malema saying he would exhume his mother Mahlodi’s body and take her remains to Malema’s grandmother’s home in Seshego.

This was apparently in retaliation for Malema allegedly sending his allies to sleep with Mamabolo’s girlfriend.

But the crimen injuria case was provisionally struck off the court roll on Tuesday.

This was because the origin of the offending SMS first had to be confirmed, said Limpopo police spokesman Brigadier Hangwani Mulaudzi at the time.

He said it was crucial to determine whether Mamabolo had sent the message. Once the results were available the matter would be sent back to court.