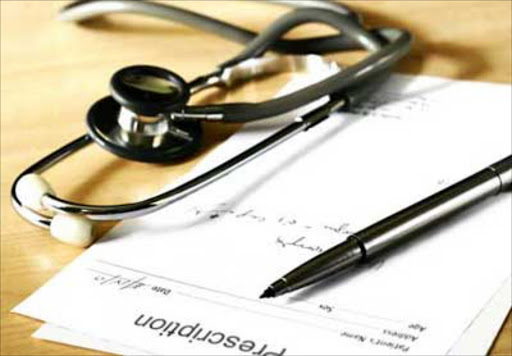 The HPCSA said 248 doctors, including nurses, were found guilty of incompetence, insufficient treatment and misdiagnosis between 2008 and 2012.

MORE than 200 South African medical practitioners were found guilty in 306 cases of negligence and mistreating patients over the past four years, the Health Professions Council of SA said yesterday.

The HPCSA said 248 doctors, including nurses, were found guilty of incompetence, insufficient treatment and misdiagnosis between 2008 and 2012.

Over the same period the council issued 283 fines and 137 suspensions to doctors for misconduct.

Cases of incompetence rose from 18 between the 2010 and 2011 financial years to 32 in the current financial year, while insufficient care and mismanagement of patients increased from 20 in same period to 44 in 2012.

The HPCSA said doctors were found guilty in 20 cases of misdiagnosis since 2008.

As the results of poor treatment of patients is revealed, the Gauteng health department stands to lose R1.4-billion in settling medical blunders.

This figure rose by R524-million as compared with last year's R876-million worth of claims, revealed in the department's 2011-12 annual report. In 2010, the department faced claims of R665-million.

This year alone the department has already paid out R44-million for five claims.

While both the legal and medical fraternities agreed that the public's understanding of their rights attributed to the increase in medical blunder claims, they said doctors' low morale and poor working conditions were the biggest contributors.

Lawyer Gary Austin won R30-million worth of claims over the last six months, and his load is growing.

"Since the Road Accident Fund changed its act to dealing with claimants directly, lawyers have started targeting doctors. It's specialised work and more lawyers are pouncing on it," he said.

Another lawyer, Gert Nel, said lawyers were targeting such cases because of the high chances of winning and the huge settlements.

Phophi Ramathuba, spokeswoman for the SA Medical Association, said lawyers' greeed coupled with the public's access to information and doctors' work conditions were to blame for the increase inmedical errors.

HPCSA registrar and chief executive officer Buyiswa Mjamba-Matshoba said the increase of medical errors was a big concern that her office and the health department were currently investigating.

"It's worrying because our doctors are educated, yet we get these mistakes." - sifilel@sowetan.co.za