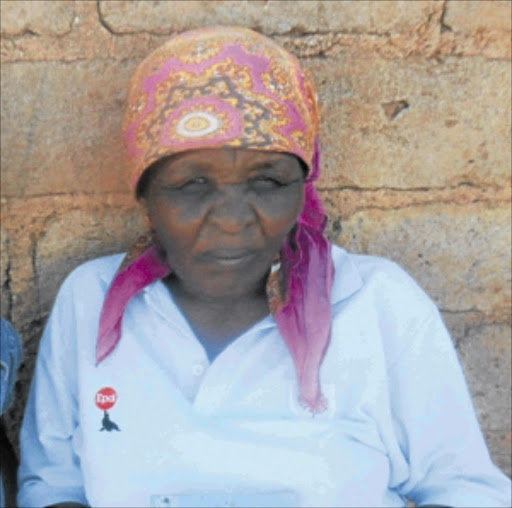 WHY? This is the question a devastated North West family is asking after a tragedy on Heritage Day that left one child dead, another child traumatised and their mother charged with murder and attempted murder.

On Monday Mmatlala Setatu of Mocoseng village near Mahikeng took her two daughters to Tontonyane Dam, about 5km from her home.

She allegedly threw her eldest daughter, who was eight, into the dam and then herself, while holding her four-year-old in her arms.

The police, who were called to the scene, managed to rescue her and her youngest daughter, but it was too late for the eldest daughter, who was discovered six hours later by divers.

Yesterday Setatu appeared at the Mmabatho Magistrate's Court and her case was postponed for bail application.

No one in her family had suspected that their long weekend would end on such a sad note.

Her aunt, Keitumetse Tlakale, said on Sunday the family had been having a great time at a relative's wedding. She said Setatu had attended with the kids.

"She was just as jolly as always."

"On Monday morning she took all her pills and threw them away and then took the kids to the dam," she said.

Setatu was unemployed, but was receiving the children's social grants. The father of her children died in 2009 and she lost her parents five years ago.

Tlakalesaid: "She is the only one who can tell us what happened".

On Tuesday classmates of the eight-year-old child at Ga Israel Primary School were in tears after hearing the news of their fellow pupil's death.

The girl's class teacher, Edith Maape, said: "I could not teach them. The whole class was crying".

Maape said the young girl was a quiet and needy child.

"She was a slow learner, but very co-operative in class."

The surviving child is still shaken. The family have taken her to a clinic, which said the girl should be admitted to a hospital for anxiety.