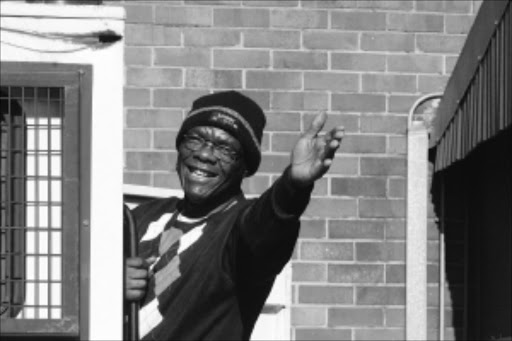 The court found there were no exceptional circumstances raised by the defence to convince the court to grant him bail.

Mamasela, 50, is accused of killing Joseph Lali Nhlapo, 49, who he shot three times at point-blank range in the house he was renting in Zola, Soweto, last month. Nhlapo was shot in the chest and abdomen. Mamasela fled the scene after shooting Nhlapo.

Magistrate Reginald Dama said according to evidence in front of him, it was clear that Mamasela was feared by the community. He said the mere mention of his name was like "psychological terrorism" in the minds of witnesses.

Dama said Mamasela's decision to run from the police indicated that he could abscond bail.

"Three days is a considerable duration. He alleged that he went into hiding because he was under stress and suffering from depression. Here we are dealing with a man who understands the law as he was a policeman," Dama said.

He said the fact that Mamasela handed himself over to police could not be regarded as an exceptional circumstance because, "he could have realised that he could not escape the mighty hand of the law".

Mamasela's earlier allegation that Nhlapo threatened him with assault in front of police was denied by Warrant Officer Solomon Ramarumu.

"They were pointing fingers at each other. It is not true that I had to restrain the deceased," Ramarumu told the court.

The state called Nhlapo's daughter Phindile who told the court that Mamasela should not be granted bail because he killed her father like an animal.

"After he shot him and he fell down, he kicked him to check if he was still alive. He then fired another shot," she said.

Dama said he had considered both Mamasela's and the community's safety. Phindile said witnesses would be relieved to hear that Mamasela had been denied bail

The case was postponed to September 13.