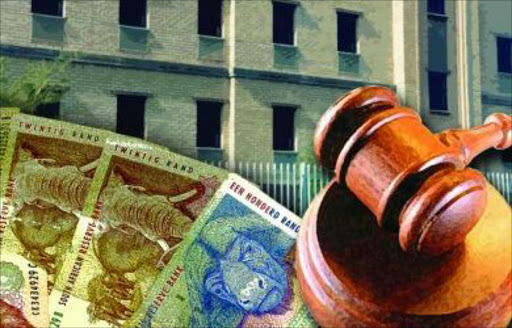 THE ANC in KwaZulu-Natal says it will return the R1 million donation it received from a businessman being investigated for a R200 million tender fraud - if it finds the money was obtained through corrupt practices.

"The money will be returned to the donor if we find that it was obtained through illegal or corrupt activities," ANC secretary Sihle Zikalala said in Durban yesterday.

The party has admitted it received R1 million from the businessman, Uruguayan national Gaston Savoi, who was arrested together with seven other people last week in connection with a R200 million tender fraud.

The arrests relate to the alleged defrauding of the KwaZulu-Natal health department - by inflating the prices of water purification equipment for hospitals.

"We don't ask our donors where they got the money from if they donate to us."

Zikalala said the issue of fund-raising for the ANC would be discussed during its provincial general council in Durban on Friday.

ANC provincial head of communication Makhosi Khoza said her party was unhappy with the perception that the ANC was soft on corruption.

"People must know that people are arrested because of the measures put in place by the ANC government to fight corruption."

Businessmen Fernando Praderi (also an Uruguayan national), Ansano Romani, Donald Miller and Ronald Geddes, were also arrested. They are all out on bail.

Praderi was a director of Intaka at the time the offence was allegedly committed.

Miller was the sales marketing manager for Grotto Defrancheschi, the company that developed purification plants for Intaka.

Geddes owned Imvuso Stainless, a close corporation which allegedly supplied one of the quotes which forms part of the fraud charges.

Shabalala's assets include City Royal Hotel in Pietermaritzburg, a farm, a Range Rover and Mercedes-Benz vehicles.

He has not been arrested but economic development MEC Mike Mabuyakhulu has announced that the Ithala chief was suspended following reports of his being investigation on criminal charges.