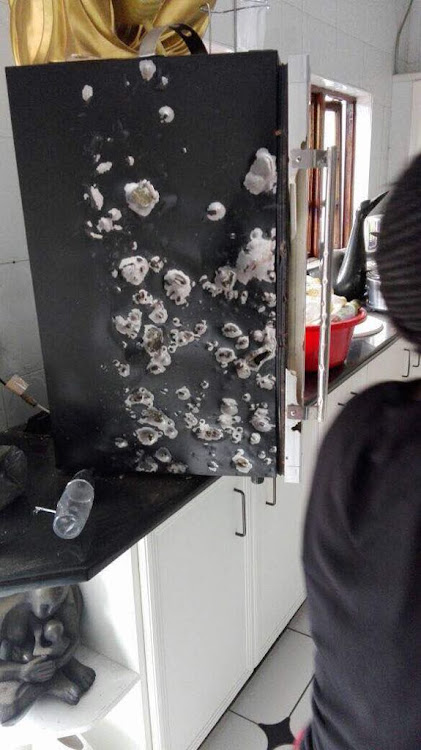 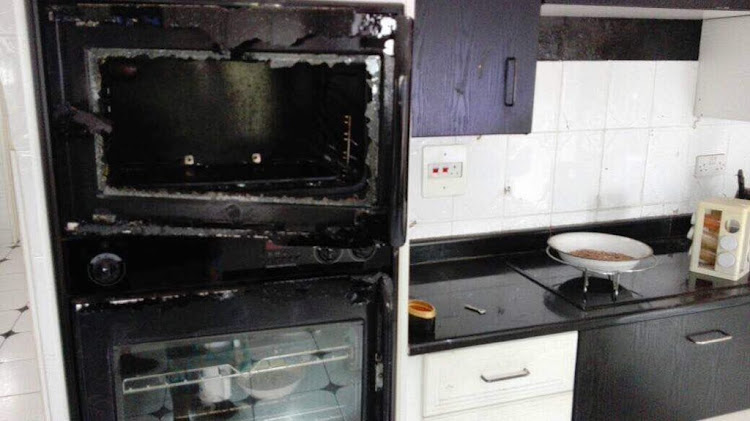 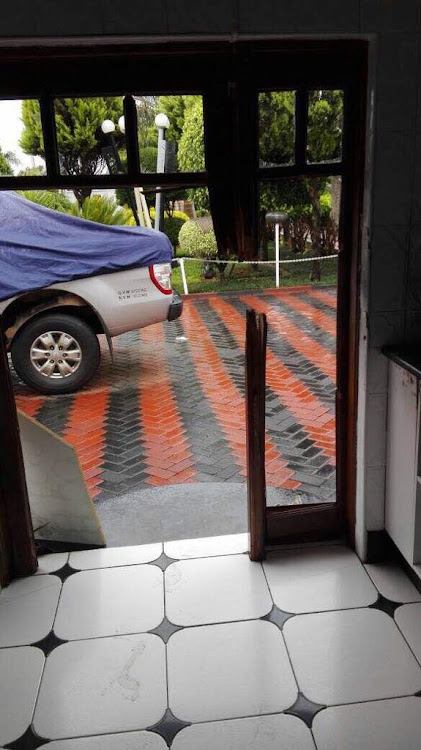 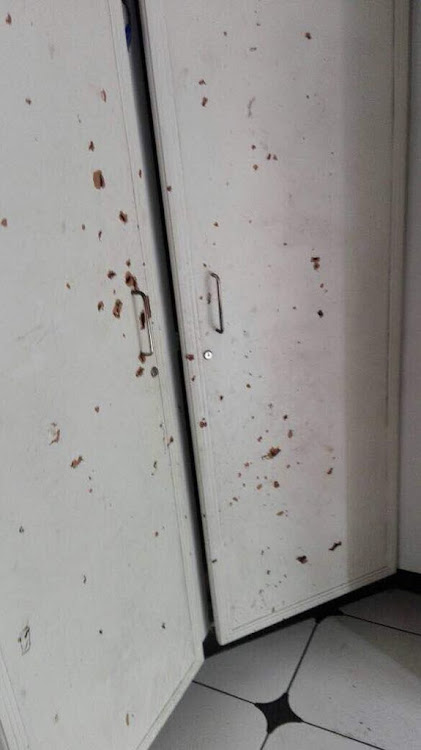 Pictures of Zimbabwe Finance Minister Dr Ignatius Chombo's bullet-riddled house have emerged‚ showing that his arrest was no simple affair.

It is understood Chombo was taken captive from his Borrowdale home around 1am on Wednesday after the Zimbabwean army's televised announcement that it was taking control of the country.

"What we know is that there was an exchange of fire and word is that one of his guards died on the spot. Those pictures were taken hours later‚" said an independent media journalist who first obtained the pictures.

A senior government official confirmed that the pictures were of Chombo’s house.

"That's his official residence. He has many houses but chose to go to this one. He didn't expect the blitz. No one did actually‚" the source said.

The pictures show an entry door that was blown open leading to the kitchen which was also destroyed.

The microwave was destroyed and cabinets sprayed by what looks like bullets.

Chombo is a close ally of Zimbabwean First Lady Grace Mugabe as one of the key strategists of the G40 faction who are said to have been manoeuvring to take over from Robert Mugabe.

It is not clear where the army held him.

Chombo's house is normally manned by no less than three guards provided by the State and it is said they tried mounting a resistance to protect him.

Kudzai Chipanga‚ the Zanu-PF Youth League leader‚ who read a strong worded response to the army's initial statement‚ is also in custody.

On Wednesday some roads in the city centre‚ such as Second Street leading to Parliament and Munhumutapa government complex‚ were closed as the search for "criminal elements" continued.

Meanwhile the South African government has confirmed that it has sent a delegation to Zimbabwe and Angola to facilitate talks in conjunction with the Southern African Development Community (SADC).

President Jacob Zuma is the current chairman of the SADC.

Minister of Defence and Military Veterans‚ Nosiviwe Mapisa-Nqakula and Minister of State Security‚ Adv Bongani Bongo are expected to travel to Zimbabwe to meet with President Robert Mugabe and the Zimbabwean Defence Force.

In a statement the presidency said Zuma had spoken to Mugabe via telephone and Mugabe “indicated that he was confined to his home but said that he was fine”.

“The Special Envoys will also be sent to the Republic of Angola to see President Joao Lourenco‚ Chairperson of the SADC Organ on Politics‚ Defence and Security to brief him on the situation‚” the presidency said.