Your cellphone is weighing you down, obesity study finds 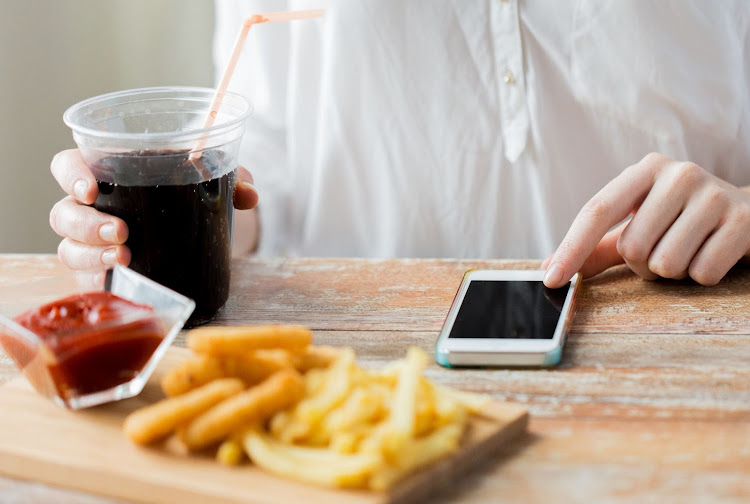 A new study reveals people’s fixation with their mobile devices could be linked to a higher risk of obesity.
Image: 123rf

An obsession with digital devices could be making people fat - at least that's what researchers from Rice University in Texas believe.

A two-part study conducted with 132 people suggested that multi-tasking across technology platforms like phones, tablets and other portable devices was associated with an increased risk of obesity and higher food consumption.

In a report published in Brain Imaging and Behavior journal they said multi-tasking across devices had made people inclined to unhealthy habits including sitting for too long, surfing the web, checking messages or playing games while eating.

In the first part of the study, participants were asked to complete a questionnaire that measured their media multitasking and distractibility.

Those with a higher score on the scale were more likely to have a higher body mass index and more body fat.

In the second part, 72 participants from the first study were put through an MRI scanner while they were shown a series of images, including some with tempting and fattening foods thrown in.

The researchers saw increased brain activity in the part of the brain dealing with temptation when these images were shown.

"Such links are important to establish, given rising obesity rates and the prevalence of multimedia use in much of the modern world," said Richard Lopez, the lead author of the study.

He said although the results were preliminary, the link seemed to be strong.