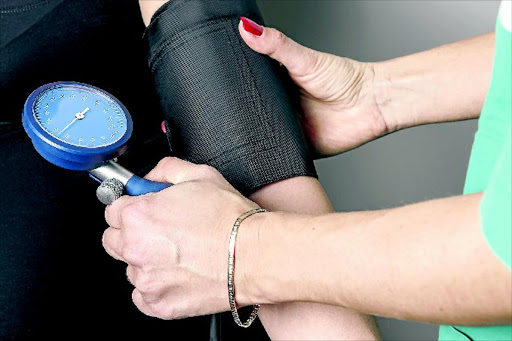 ALL IN THE MIND: Experts say a psychosomatic disorder can result in real symptoms that may bring pain to a patient if the condition is not properly diagnosed. Photo: iStock

Ever heard the phrase: "It's all in your mind?" It's often used as an explanation for why you may feel scared and apprehensive, or as a mantra to deal with physical pain?

Well, sometimes it really is.

We have all, at some point, experienced physical symptoms as a direct result of a psychological trigger. An example being feeling nauseous after getting bad news, or feeling flustered after being terribly embarrassed.

But can your mind ever trick you into believing you are physically sick, when, in fact, it is all in your mind?

According to psychiatrist Tony Sutherland, it can.

"The manifestation of an actual physical symptom that could be the direct result of either psychological trauma or disturbance is known as a psychosomatic disorder," Sutherland says.

"This means there might be no actual medical evidence for why you may be experiencing the physical symptoms, despite all the tests carried out by medical doctors, and the problem may actually be psychological.

"I find the phrase 'all in your head' is patronising and can often be seen as minimising the ordeal psychosomatic disorder patients go through."

Sutherland says the lack of knowledge about psychosomatic disorders " even extends to our healthcare system".

"Most medical personnel, especially local clinics and hospitals, are not equipped to deal with psychosomatic disorders," he says.

"There is often a variety of tests performed to determine the origins of the physical problem the sufferer may say they have, but if they cannot find something physically wrong, the patient is dismissed. This can lead to frustration, resentment and a feeling of isolation for the person with the psychosomatic problem because for them, they experience the symptoms and have to live with them."

One of the people who can relate to this frustration is Dave Ziane, a 29-year-old office assistant from Soshanguve, Pretoria.

Ziane says he became wheelchair-bound in 2011 because of extreme pain in his legs, but doctors could not find anything wrong with him.

"It was a very painful period of my life. Here I was experiencing so much pain to the point of paralysis, that I had to use a wheelchair to get around, yet after various X-rays and medical checkups, I was told there was nothing physically wrong with me. That I was as fit as a fiddle. Well, I wasn't. I felt the pain daily, and I was debilitated."

It was only after Ziane sought the help of a therapist two years later, and they got to the bottom of his trauma, that his physical symptoms subsided.