Middle-aged most likely to seek love on the Web 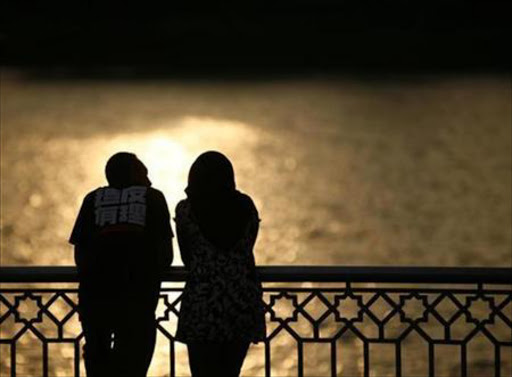 Middle-aged people searching for a new relationship are the most likely to look for love online, according to a Valentine's Day survey

The poll of 12,000 couples from 18 countries by the Oxford Internet Institute (OII) at the University of Oxford found that of people aged 40-69 looking to start new relationships, 36 percent revealed they had found their current partner online.

"A Global Shift in Relationship Practices: Patterns of Meeting and Dating in the Online World" also dispelled the myth that social networking and online dating is primarily for the young, with just 23 percent of 18-40 year-olds saying they had started a relationship through the internet.

"Finding your partner online was once regarded as a bit of a novelty, but this survey suggests it has become a common if not dominant way of meeting new partners," OII Research Fellow and study co-author Bernie Hogan said in a statement.

He said the questionnaire -- which related to the period 1997 to 2009 -- also revealed that people who know others who date online were more likely to try it and approve.

"Our study gives us some insight into the significance and impact of the internet and how it is affecting intimate relationships both online and offline," he said.

The survey also showed that fewer than 10 percent of people who began relationships before 2000 said they had met on a social networking site. By 2005 that had doubled to 21 percent, while the popularity of chat rooms had declined.

Church events, family gatherings or activities around a shared hobby are experiencing a slight decline in popularity as ways of finding a partner. This could be because they are viewed as less successful hunting grounds, the study's authors said.

For example, only one in 15 people who said they were looking through their church found someone that way.

Despite the recent spike in online dating, most of the sample said they had met their partner through traditional offline channels -- through friends of friends (67 percent) or meeting at clubs or bars (69 percent).

"When you ask the question 'How did you meet?' the most likely answer is still 'through mutual friends' or 'at a club or bar,'" co-author and OII Director William Dutton said.

The study also shows there might be national differences in attitudes to online dating.

Users in Northern European countries are slightly but significantly more likely to rely on one-to-one dating websites while those in Spanish and Portuguese-speaking nations are more likely to use social networking sites as well.

The most gregarious online nation appears to be Brazil -- where more than eight of out 10 (83 percent) of those interviewed who had access to the internet said they had met someone who had been first introduced to them online, but this was not just limited to personal relationships.

By contrast, in Japan, a country known for embracing technology in so many ways, internet users were rather reluctant to engage with online dating, the study said.