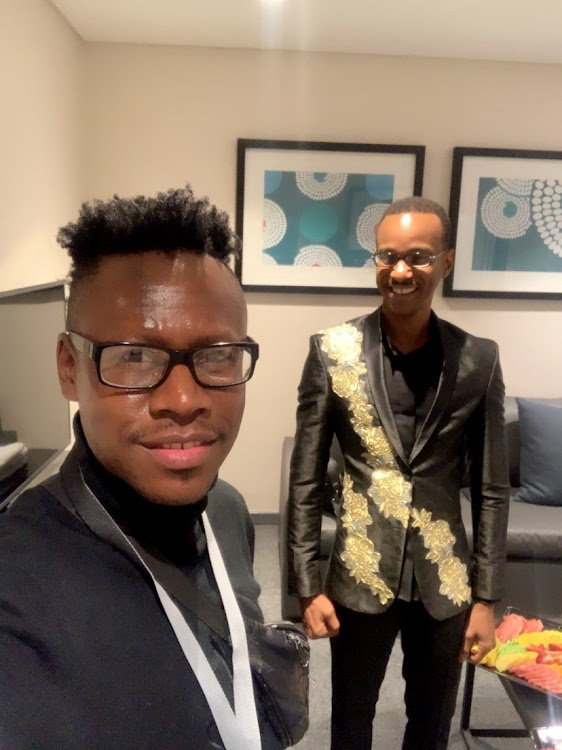 Local menswear designer Paledi Segapo dressing American singer Tevin Campbell for his performance in SA has been long in the making.

The 42-year-old R&B crooner took to the stage on Friday night at Sun Arena, in Pretoria, looking dapper in a bespoke suit from Segapo’s label Palse Homme.

The two men first met in 2013 during Campbell’s performance at Carnival City. The duo immediately hit it off and Segapo expressed his interest in dressing him.

“I got an opportunity to be introduced to him backstage in 2013. I remember I had whispered in his ear that next time he comes to SA I would like to dress him,” Segapo recalled.

“He smiled at me and he was like cool. We took a dope picture which I still have. Now when we met we just continued from where we left off. We started chatting about his career and what he’s been working on.”

As soon as Segapo heard that Campbell was returning to SA, he immediately reached out to the event organisers.

“They said they will speak to Tevin and find out if he’s keen to be dressed by an established South African fashion designer,” he said.

“They reverted with an e-mailed response from him saying he’s keen. He gave me his colour preference or palate. He wanted primarily a black look.”

The end result after they met last Wednesday was an Egyptian cotton shirt, with a mandarin collar, styled with a Braque jacket.

The gold details on the jacket was bonded lace with flowers that gave the illusion from a distance that it was embroidered.

“The brief when I met him was that he’s a very minimalist dresser or a person that doesn’t prefer clothes being over the top. I had to present to him a few ideas that would work in black,” Segapo said.

He said Campbell has expressed an interest to be dressed by him in the future.

“He was blown away when he saw it. He said 'I’m keeping this and I’m going to wear it again to a Tyler Perry event that I will be attending'.

“He’s keen for us to dress him more often. I like that he emphasised that he wants to pay. For someone of his stature to have such a strong belief in my brand, it’s gratifying. I look forward to making more stuff for him.”