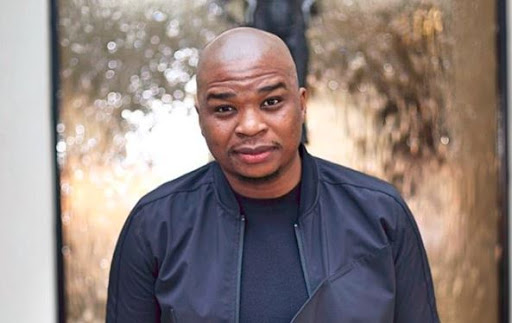 Dr Tumi opened up about his struggles to fans this week.
Image: Via Instagram/Dr Tumisang

Gospel sensation Dr Tumi’s dream to tour the world is falling apart thanks to his battle with extreme exhaustion.

His condition is so serious that he has been forced to reschedule dates for his much-anticipated international Connect Tour.

“The weekend event was postponed to a later date as Dr Tumi started treatment for his long-standing condition of insomnia,” his PR management firm HM Entertainments said in a statement issued to Sowetan LIVE on behalf of Dr Tumi.

“His struggle to sleep has been going on for months and he is currently on treatment which includes sleep therapy."

Sowetan LIVE can confirm that Dr Tumi, real name Tumisang Makweya, will reschedule his next tour stop in Zambia this Saturday.

This follows after he left fans foaming after he postponed his tour stop at The Ridge Hotel, in Emalahleni (Witbank), last Friday at the 1lth hour.

“I'm highly disappointed on how the Dr Tumi 2019 tour concert got cancelled a day before the concert,like how?!” @symbodine tweeted.

Dr Tumi reveals battle with exhaustion, urges fans to pray for him

"I need strength. Please pray for me, fam."
Lifestyle
2 years ago

‘Please don’t bow down before me’- Dr Tumi asks fans

Gospel star Dr Tumi was left feeling uneasy after worshippers bowed before him and touched his feet following a performance in the Free State. The ...
Entertainment
4 years ago

Dubbed as an “intimate night of worship”, the tour’s next stop was supposed to be Zambia this Saturday before heading to Zimbabwe on April 27.

“I can confirm that Zambia and Zimbabwe will not be happening as per the dates,” HM Entertainments said.

The tour was scheduled through April until July to take place in the Northern Cape, North West, KwaZulu-Natal, Eastern Cape, Western Cape, Swaziland and UK.

“Dr Tumi has apologised to his Mpumalanga fans and assured that the concert will be rescheduled,” the statement continued.

“Concerning his tour dates there will be a few changes to accommodate the Witbank postponement. All those who had already purchased tickets for his show in Witbank will be fully reimbursed and the message had been communicated to Computicket.”

“This however does not affect any other bookings Dr Tumi has that are outside his personal tour,” the statement read.

“The All White Easter booking [which is not his personal event/tour] will go on as scheduled as well as other bookings he has for the Easter weekend. He will not be cancelling any events.

“Dr Tumi would like to thank everyone for their continued support and prayers.”

Dr Tumi last week had fans concerned after he asked for prayers as he is currently battling exhaustion.