‘Please don’t bow down before me’- Dr Tumi asks fans 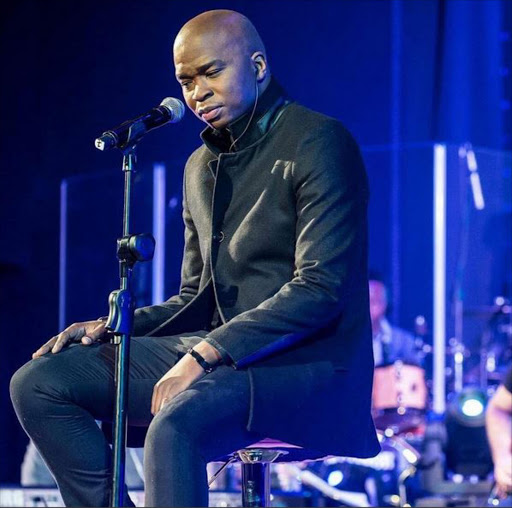 Gospel star Dr Tumi was left feeling uneasy after worshippers bowed before him and touched his feet following a performance in the Free State.

The gospel singer had been invited to perform in the province as part of a church crusade.

In the process of what he termed ‘sowing seeds’ members of the congregation came forward to pay their respects to the singer.

“Some people started bowing, others touching my feet and bowing before me. That was the most uncomfortable thing I have ever experienced in my life. I essentially don’t believe that anyone should bow before me for whatever reason. Whether it’s out of gratitude, joy or respect,” he said.

The star also went on to state that he was quite aware that for some people culturally, bowing is a sign of respect. However, he felt that in the church such things could be suspended.

“The only reason for bowing in that setting should be to God,” he said.

He went on to say that he took to his social media page to express himself so that there would be no misunderstandings. He is also quite aware that the situation could have been misconstrued.

“This could spin a totally different way; somebody could make a post and say: ‘Dr Tumi has people worshipping him now. He’s becoming an idol’. If you don’t tell people your position about it you could be misinterpreted.  To go and fix it after somebody has pointed it out a certain way almost feels disingenuous,” he added.

SowetanLIVE asked him his thoughts on falling into the trap of being worshipped instead of the message being delivered.

“We must always be careful to not take credit or praises to the point where it shifts focus from who this was about in the first place,” he said.

He went on to talk about the current religious quagmire the country finds itself in, with certain self-proclaimed prophets feeding people snakes and spraying them with doom etc.

“Unfortunately there is a lot of exploitation, there’s a lot of manipulation that happens within this system and you’ve got a lot of people that are in it for the wrong reasons. It could be pastors or musicians but at the end of the day it does infringe on other people’s rights and affects how people view God.”

He also stated that people should speak up and be alert to things that their pastor does. If it feels wrong or you know it’s wrong, you should speak out.

Fill up the Dome

The gospel star is on a mission to fill up the Ticketpro Dome on August 20 2017 when he shoots his live DVD Gathering of Worshippers this month.