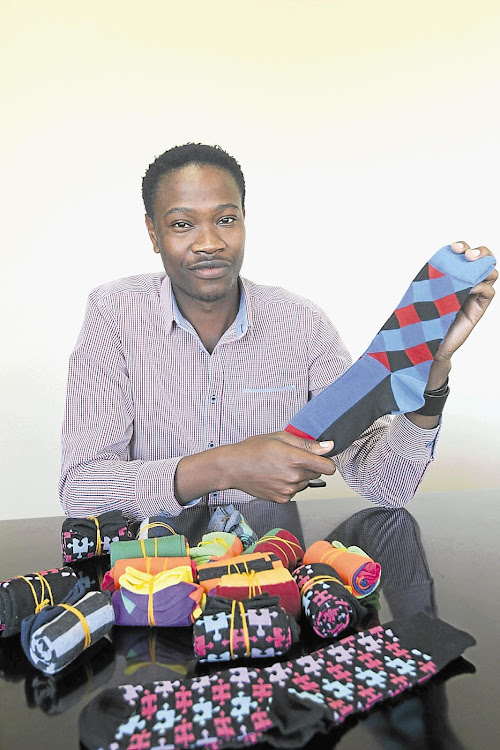 Well-known businessman Skinny Sbu Ngwenya‚ whose sock range has taken Mzansi by storm got tongues wagging last week after he seemed "arrogant and entitled" during a TV interview.

Sbu caused a social media frenzy after he told a business expert on the show that he didn't need advice or solutions but needed R5-million to take his empire forward.

Sbu addressed the fiasco during an interview with Mo Flava and Masechaba Ndlovu on Metro FM on Friday afternoon.

He hit back at the hate on Twitter‚ saying that people on social media are loud mouths with fake accents.

"Skinny Sbu socks are not failing. The issue right here‚ right now is the social media experts with their fake accents that are saying things about the brand."

The savvy entrepreneur added that he was no longer angry but was still not willing to mince his words.

Sbu said even his mom spoke to him about the interview.

"Listen‚ my mom came through to talk to me‚ uhm I am okay."

"The issue is not necessarily the things that people are pointing out. Of course I am aware of them‚ the thing is I have been mentored by big guns in the industry‚ hence the fast growth of the business. The issue is scaling up. We are at our breaking point right now‚ it's either we go big or we go home. This is a critical moment for Skinny Sbu socks and the R5 million‚ will go towards making sure that we employ the right talent."