Motsilanyane on a crossover quest 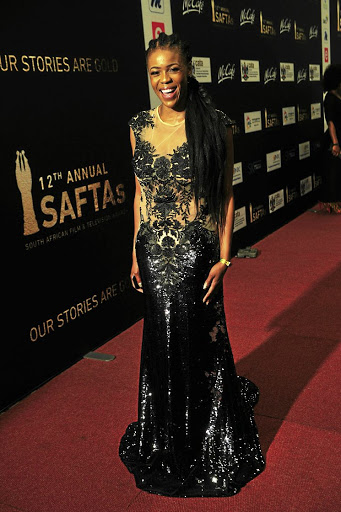 Musician Keabetswe 'KB' Motsilanyane wears many caps and says her new role on 7de Laan is the most significant.

With over 18 years since its inception in April 2000, the popular SABC2 soapie has managed to attract a hugely Afrikaner-speaking viewership.

Motsilanyane, who joined the soapie in January, says her move was important for her brand.

"As an actor, I thought because it's something that people don't expect from me, it will give people a fresh perspective of me and my range," she says.

The lanky star added that her Afrikaans lessons from school came in handy as she plays the role of fiery lawyer Lesedi Moloi.

"We did Afrikaans in [the erstwhile] Bophuthatswana [homeland]. So I just thought to myself that I am a South African and the story is South African, there is nothing wrong with being part of the show. I just wanted to introduce myself to people who have never seen me before," she adds.

Motsilanyane made a big comeback to the music scene with her Sarafina! performance, portraying the lead character in a musical performance at the South African Film and Television Awards this year.

The Mamosadi hitmaker says she is currently working on her new album with a number of popular artists, including Prince Kaybee.

Motsilanyane says she has always wanted her sound to appeal to people that see her on television.

"People who see me on television must be able to also come to my concerts."

The action on the red carpet started slow with celebrities coming in dribs and drabs.
Entertainment
3 years ago

"So I want a bit of a crossover that can appeal to everyone," she adds.

The star made news headlines a year ago when she broke up with her fianc, Nico Matlala, in a highly publicised break-up.

"I made a conscious decision that I won't talk about that issue because I don't like responding to noise.

"These are things that involve our families and culture.

"I chose to let the truth reveal itself at a later stage, and people got to see the situation for what it was and I left it at that," she says.

It was the realisation that she could no longer run from her destiny that saw popular actress and musician Keabetswe “KB” Motsilanyane return to the ...
Lifestyle
4 years ago
Next Article