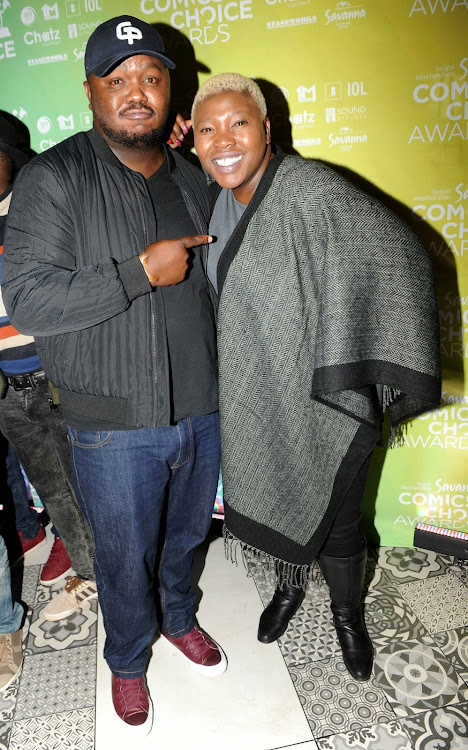 It will be a battle of the sexes at the Savanna Comic Choice Awards, where fan favourites Skhumba Hlophe and Celeste Ntuli received the most nominations.

The two received four nominations each at the nominations party held at Melrose Arch, Johannesburg, yesterday.

Hlophe and Ntuli have both been nominated in the Game Changer and Flying Solo awards together.

While Skhumba stands to win the Comic of the Year Award, Ntuli has been nominated in the newly introduced G of the Year category.

An excited Ntuli said: "I feel awesome... this time I have to win. I have been nominated a number of times before and I have not won, but this time I think I am winning and I am winning the G Award and the Game Changer [award]."

Skhumba, whose one-man tour will kick off in September, said he hoped to win all four categories he was nominated for.

"I feel great. It says I'm still relevant to my peers and the community at large. These awards are judged by comedians so they still take me seriously as one of the people that are doing well. I want all of them [awards]," he said.

The hosts of the award show will be announced in due course, while international comedians such as Basket Mouth from Nigeria and popular YouTube comedian Anne Kansiime, who are both nominated in the African comedy category, will also attend.

The Lifetime Achievement Award will be given to legendary comedian Pieter Dirk Uys.

The best newcomer nominees, include Bongani Dube and Nonto.

The main event will be held in September.

Sjava and Cassper Nyovest interpreted being African differently at the recent BET awards.
Opinion
3 years ago
Next Article