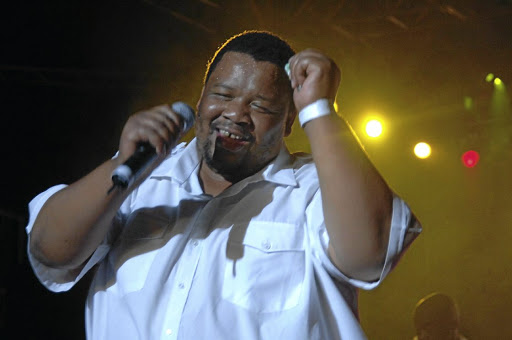 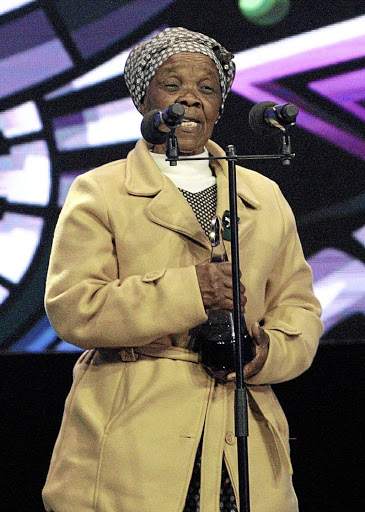 Spokes H, whose real name is Letona Spokes Hlatshwayo, famous for hit songs like Rabaki, Peace Magents and Tamati So, was honoured at the ceremony in Sun City, North West, at the weekend.

The accolade, presented by President Cyril Ramaphosa and Nathi Mthethwa, the Minister of Arts and Culture, was accepted by his mother Jane Mfene, who charmed television audiences with her acceptance speech. She was accompanied by her children.

Spokes's three baby mamas are unimpressed, however, as they nurse the broken hearts of his children Neo, Mahlatse and Karabo.

Jeanet Mamba from Tafelkop, Groblersdal, Limpopo, mother of the eldest, Neo, 25, said she tried everything to ensure that the children were included as soon as she found out about the award. She even sent the Sama office a message.

"We went to court with Spokes's mother and the judge gave the letter of authority to Neo over his father's assets. Now, when he is presented with an award, they call the mother. What about the children? She has no relationship with her grandchildren.

"They felt that they were robbed of something. How can you deprive the children of something they will never get again?"

Mamba said after Spokes's death in 2013, his mother wanted to claim everything "as if Spokes had no children".

Mamba said the baby mamas shared a great relationship and that royalties and policy monies were shared between the offspring.

Neo declined to speak to Sowetan.

Puseletso Phatlane, Karabo's mother, said her son was so hurt that he didn't even watch the awards.

"He asked what we did to his father's family. He said this was a chance for them to show the people that they loved their father and that they will continue his legacy. They had prepared their speeches...

"Karabo used to visit the family because Spokes came to fetch him. After he died, we thought that as an elder, Spokes's mother would call us to talk. Instead, she took us to the high court."

Phatlane said she also tried to speak to Gallo Records, the label Spokes was signed to.

"I called Caroline Morabe from Gallo, who said she was told by the family not to speak to me because 'you're a snake'.

"She then called me on Saturday morning, the day of the awards, to come pick up the children but Neo is in Limpopo, we are in Midrand. It was impossible to facilitate.

"Then news came that I make myself Spokes's wife but I'm married and my husband knows that Karabo is Spokes's child."

Speaking for Spokes H's family, his brother Samuel Mfene acknowledged that they knew the three children, but said they had lost contact with them.

"Neo doesn't contact us. The last time we saw him was when he came to take studio equipment his father left behind. We contacted Mpuse [Phatlane], who we know is in touch with him and she didn't want to hear anything. She told us that she'd go accept the award as the wife, but we know Spokes didn't have a wife. He only had girlfriends.

"We were put in contact with the Sama [office] and we told them that his mother was around and they invited her.

"We wanted all the children there. We feel bad and we don't understand how we couldn't get hold of them.

"We hear that Mpuse gets all the money and are concerned whether it goes to all the children and that she calls herself Spokes's wife."

Nhlanhla Sibisi, CEO of the Recording Industry of SA (RiSA) that organises the Samas, said: "I was given the impression that everything was sorted. I will have to follow up. As organisers we never really know who represents the deceased. It would be interesting to know why the person who receives the royalties was not referred to us."

Morabe, who submitted Spokes H's name to the Samas for consideration, said she was told by RiSA to strictly speak to Spokes's mother as an elder.

"I wish the children would have been there, but the woman who gave birth to him and his sister made the decision Gallo could not go against."