Momo Matsunyane to finally get her name on award 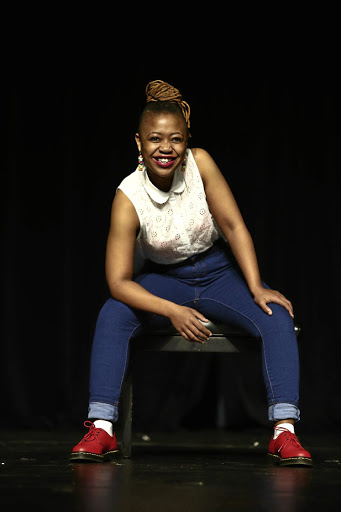 TV actress and theatre director Momo Matsunyane is aggrieved that Naledi Theatre Awards organisers failed to engrave her name on an award she won last year.

On Monday night, a group of young performers, who call themselves the Black Face Collective, staged a silent protest at the nomination party for this year's Naledis at the Market Theatre in Newtown, Johannesburg, to support Matsunyane.

However, her name did not appear on the nomination list and was not engraved on the award the show won for best ensemble.

The 29-year-old said she felt like she was being silenced or erased from the credit that was rightfully hers.

She told Sowetan she noticed that her name was not included when she was perusing the programme during the awards ceremony.

For his outstanding performance in King Kong, former Isibaya star Andile Gumbi has scored a nomination at the 2018 Naledi Theatre Awards. Gumbi and ...
Entertainment
3 years ago

"I noticed that my name was nowhere in this programme although I co-directed the show. I was disturbed by this after sending many e-mails back and forth liaising with the Naledi team before the awards. I even sent them pictures and correct spellings of both the directors' names but it was erased from this production.

"After accepting the best ensemble award, I looked at the statuette and I realised that my name was not there. My name was still not engraved on the award which I supposedly won with the cast and co-director," Matsunyane said.

She said initially she decided to keep mum about the matter fearing she would be sidelined. "I kept quiet like most young actors who speak their views behind closed doors. But I have decided to speak up because I have nothing to lose."

For the past 11 months, Matsunyane has been trying to get organisers to rectify the mistake to no avail.

Naledi Awards CEO Dawn Lindberg said she had not been aware of the problem. "The person she was communicating with has left us and I guess that is why Momo never got a response. To amend this, we will make her another award that will be presented to her. Momo knows that I loved her show. I apologised for the mistake that happened."