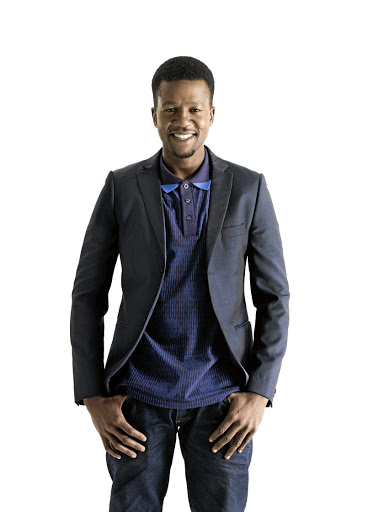 Siyabonga Mthembu is revealing one of his unknown talents by releasing an album.
Image: Supplied

When actor-comedian Siyabonga Mthembu releases his debut album, he will be revealing a new layer of his talent.

Mthembu, who is formally known as Siyabonga Radebe, is an established TV actor and is currently appearing in Ring of Lies on Mzansi Magic.

Now that his acting and comedy careers have taken off in a massive way, the Durban-born artist is finally launching his professional music career.

As much as he majored in music at the Durban University of Technology, Mthembu has taken his time to release his music.

He says when he came to Johannesburg he focused on acting because that was the
direction his career took then.

"Obviously, you don't wanna let go of something that is feeding you and taking care of the family. So, I paid more attention to it (acting). I was making a name as an actor, I can say I was going with the wind," he says.

Mthembu, also known as Siya B, says his long-awaited album is a fusion of different sounds from Afro-pop, R&B, hip-hop and a bit of jazz.

"I can express myself musically anyway, it depends on my mood. I can rap and throw in some poetry lines if I want to.

"I used to rap a lot when I was younger. I remember that when I lost my brother, I wrote a kwaito/hip-hop song just pouring my heart out."

He recently released a song Nkanyezi that he composed and dedicated to his five-year-old daughter he fathered with actress Lerato Mvelase.

In the track called Maye, Mthembu has decided to be controversial, talking about the hurtful things that the mother of his child has done to him. The two songs have been released on iTunes and other digital platforms.

Mthembu refused to talk about relationships despite a lot of reports about his relationship problems with Mvelase. He only confirmed that he is available.

In putting together the album, he has acquired skills of producers like David Hampton from the DRC and SA-based Nigerian star Kunle Ayo.

In Ring of Lies, Mthembu is enjoying playing the role of Gazini, who is in love with female boxer Rendani.

He says he is blessed to have been paired with a group of talented young people.

Gazini is a simple Zulu man who works as a truck driver.

"He is madly in love with a Venda woman. Through falling in love, he sees a need to change his life around. What I like about the show ... I am loving the fact that we mix different languages."

Mthembu's career started out with Shell Road to Fame when he was just 11. He even sang in church where his grandfather was a preacher. When he landed a role in the drama series A Place Called Home, director Akin Omotoso also used some of his songs in the series.

From there he landed roles in Rhythm City and Intersexions, which both required him to write and perform his own songs. His role in Intersexions might have been a cameo one, but it won him a gong in the South African Film and Television Awards.

He is recently admitted to study at the New York Film Academy and wants to use that opportunity to penetrate the international market.

"I have been accepted to study at NYFA but the issue is that I have to cover all costs. I appeal to those who can assist financially."

Mthembu has also appeared in productions Saints and Sinners, Sokhulu and Partners, and Ses Top La among others.